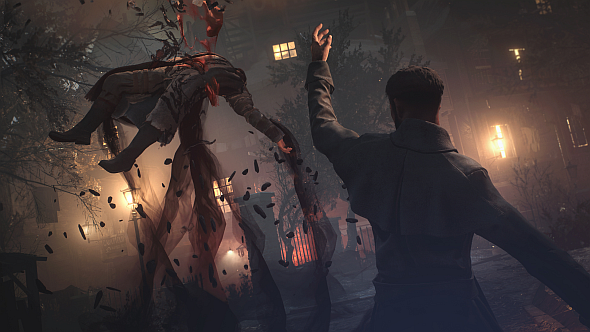 Vampyr is an RPG about wrestling with vampiric powers and the moral quandaries they present, and is due early next year. It’s also an example of what I once heard called an ‘A-grade’ game – a mid-budget title sitting between indie and triple-A. Cédric Lagarrigue, president of publishers Focus Home Interactive, has spoken with MCV about what that means from a business standpoint.

For more tough choices, pick up one of the best RPGs on PC.

Lagarrigue accepts that it’s difficult to make sales forecasts with a new IP, but is confident that – with its current recognition – Vampyr “has everything it needs to become a nice surprise on the market.”

From Focus’s perspective, “it will be considered a success when around a million copies are sold, but it will only need half of that to be profitable. These are numbers we now reach and exceed regularly with most of our games.”

It sounds ambitious for a game of Vampyr’s scale, but its chances are helped by it being a multi-platform release. Focus’s publishing history is on PC, but Lagarrigue says “consoles have actually been weighing more than PC for a few years now. Our PC revenue is constantly increasing, but we now achieve 70 percent of our global revenue on consoles. Our development budgets have increased a lot, and almost all our games are now multi-platform.”

If you’ve been following industry news since the big publishers released their latest quarterly earnings, you’ll know that digital content and microtransactions are all the rage at the top end of the market. If this trend nauseates you, as it does many gamers, you’ll be relieved to hear there are no such plans for Vampyr:

“This is a purely solo experience; we did not plan DLC. We would prefer, if the reception of the game justifies it, to think about a sequel. We and [developers] Dontnod already have some ideas, as there’s so many incredible things to offer in such a universe.”