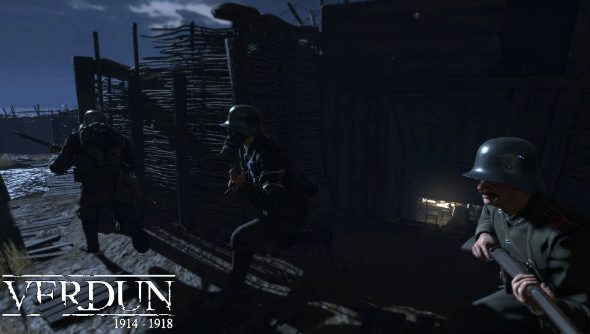 War – what is it good for? Making up our list of PC’s best FPS games, for one thing.

Horrors of War is called as such because it gives you the option of upping the in-game gore which, while a bit grisly, is at least appropriate for the setting. Because the developers were worried some might find it upsetting, there are various levels of severity, from blown off limbs to no blood at all – so you can customise it to your own tolerance levels.

The free expansion introduces players to a gloomy night map called Champagne, a region in France that saw the first offensive by the Entente against the Germans, after the end of what was called mobile warfare. Being a nighttime map, visibility in the open is at a minimum, meaning much of the fighting will take place in close-quarters, in the trenches.

There’s also a new game mode called Squad Defense. It’s a cooperative mode where four players have to hold the line against waves of advancing AI troops. Set up firing lines, man the turrets and see how long you can hold out against the relentless tide of combatants.

That’s not it, either. Additionally, there are over 40 more historically accurate weapons to use, including the Artillery Luger pistol carbine, the M1918 BAR, the iconic Stielhandgranate, the flawed but accurate Ross Rifle, and the C96 Mauser. You can strap some of the new attachments to them, too, from telescopic sights to trench magazines. Maybe you’ll even call in an artillery strike from Big Bertha.

Verdun was already a cracking game with its own distinct appeal, but this update looks to make it feel even more complete. If you’re looking for a contrast to the exoskeletons and rocket packs of modern shooters, this is about your best option. Grab Verdun for $22.99 on Steam.