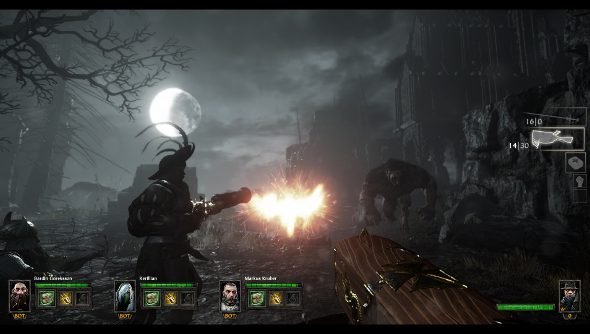 Rat Ogre blaster and party-based fantasy FPS Warhammer: End Times – Vermintide has expanded again with the addition of a new DLC pack, bringing three new levels with their own set of unique features and weapons. This comes along with patch 1.3, which includes a number of bug fixes and feature tweaks, and a free Steam weekend for all.

This being the modern world instead of a rat-infested hellscape on the edge of apocalypse, all this has a trailer:

Vermintide manages to be a lot of things at once – particularly action and horror. Drachenfels pushes it towards the latter, because the former is so well accounted for by the actual gameplay. The included weapons are a Glaive for the Wood Elf Waywatcher and a Volley Crossbow for the Witch Hunter.

Outside the DLC, here’s the highlights of the feature changes and bug fixes: