The gaming worlds of virtual reality can be lonely places. However many voracious zombies might be chasing you down, or weird aliens there are lurking in caves, or cutesy Aperture Science characters crowding around you, you’re still in there on your own. But #include’s ViewR VR window could change all that, giving people around you a chance to see what’s happening in your game and even interact, potentially opening up new, varied multiplayer opportunities.

Currently the VR spectator sport thing means crowding round a monitor looking at some stitched together representation of whatever the person in the VR headset is looking at. It’s pretty restrictive, likely to give you motion sickness, and doesn’t actually give you much of an idea of what’s actually going on.

The ViewR software, however, allows you to use a mobile device as a window into the virtual world, where you can move around the player and see them, as their in-game avatar, interacting with the game. Usually by shooting things, such is the way of most VR titles…. Not only does this give outsiders a better view of what’s happening, but could also allow them to interact with you, as the player, as well as with the gameworld to enhance everyone’s experiences.

The ViewR app is loaded onto either an Android phone or a tablet, and the host PC is then able to stream a view of the gameworld to that mobile device across a WiFi connection. The view is updated depending on exactly where the device is in relation to the player and uses Google’s API platform for augmented reality apps, ARCore. As such any device which is compatible with ARCore will be able to deliver positional tracking.

But even older devices can be brought up to spec by adding a VR tracker to them. Though sticking the Vive Tracker onto your phone does make it a little bulky… Currently the app is restricted to Android devices, but #include is looking to start supporting iOS devices sometime in the new year. 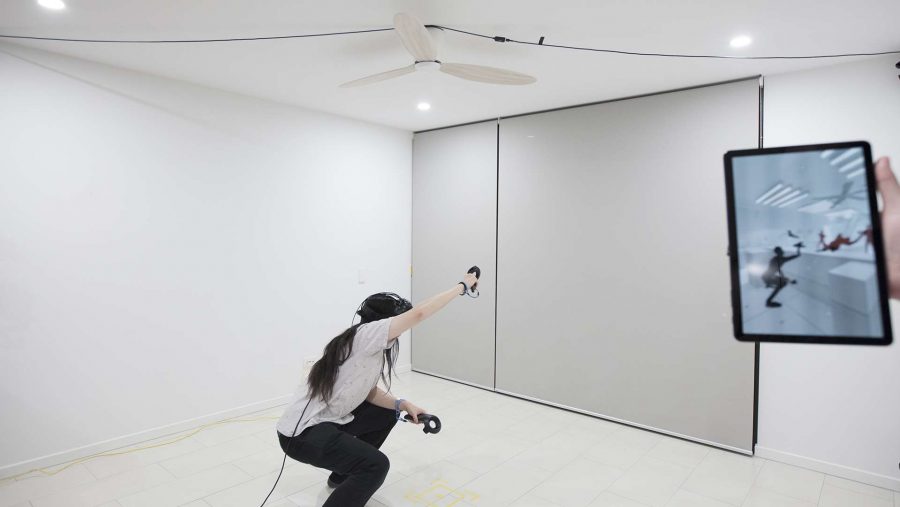 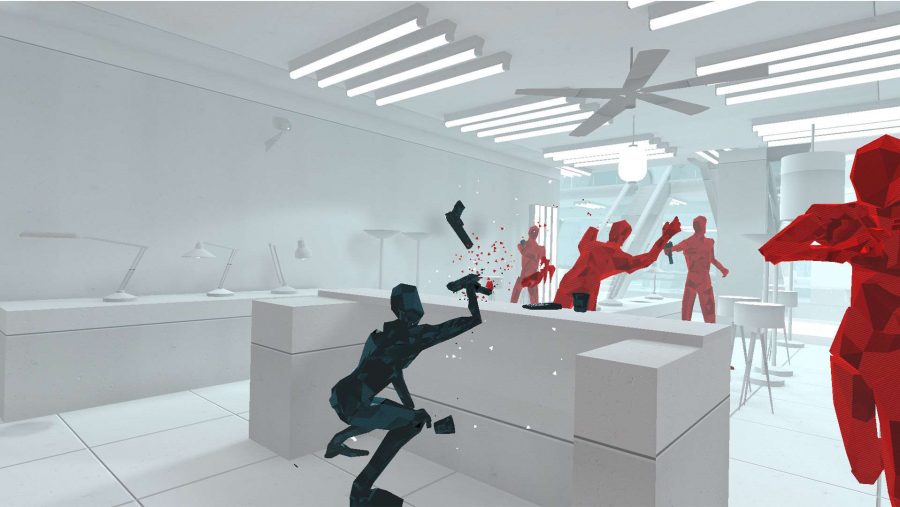 “Virtual reality is a really exciting and fun experience, but it is extremely difficult to share what is happening inside the VR headset in a meaningful way. Seeing what the player is seeing through a computer screen or TV does not give you the spatial information required for the full picture that an observer needs to fully appreciate VR,” explains founder and CEO of #include, Chang-Yi Yao. “With ViewR, VR games can now be something that more than what one person can experience easily — all without the additional expensive, complicated set-up. You just connect to your computer through the app and use your phone as a camera to see what your friend is doing in VR.”

The sticking point is that developers will need to use the ViewR SDK to include out-of-the-box support for their games, though it is available as a mod for Unity Engine games. At the moment SuperHot and Beat Saber are the two big name VR titles you can try it out on. 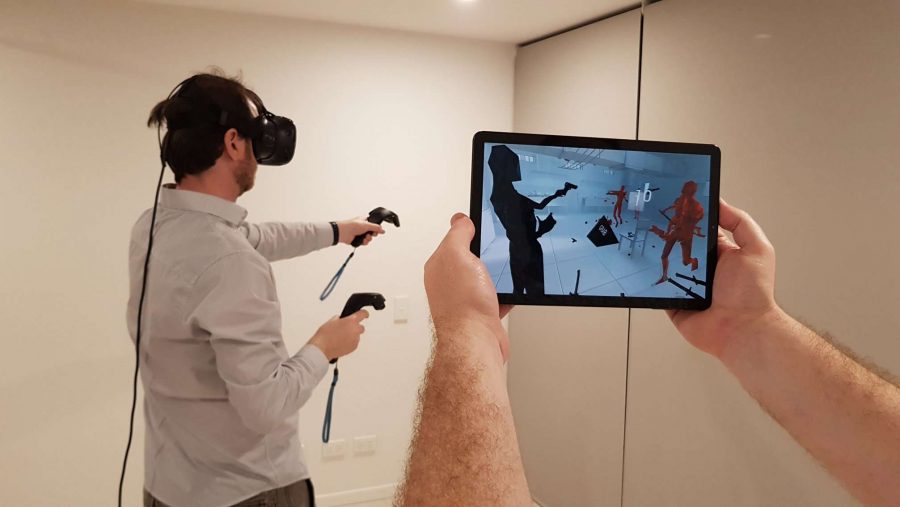 As a spectator option it’s an interesting thing, but it’s the potential to open up asymmetrical multiplayer opportunities in VR gaming that makes ViewR really exciting. For currently compatible games it’s just a window into the gameworld, but #include has added touch and sensor input capabilities into the software so viewers would be able to interact if developers add the option to their games.

Local multiplayer with VR today is pretty much limited to Keep Talking and Nobody Explodes, but with the ViewR app developers will have the option to create far more inclusive, engaging VR experiences which don’t have to be quite so lonely. With up to four devices able to be connected at once a whole group of you could embark on a VR adventure together. If anyone remembers the old late 80’s TV show, Knightmare, you’ll know what I’m talking about. I’ve got goosebumps just thinking about the possibility.

And with the app being free, and the necessary mobile hardware being practically ubiquitous, it shouldn’t be a stretch for developers to start thinking about adding this sort of extra multiplayer functionality to their games, or even start building experiences around it.