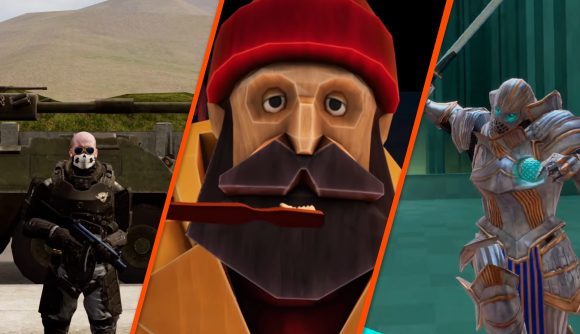 The world of VR games is improving all the time, and if you want to build up your collection, you’ll be pleased to hear that there’s a cool new bundle available from Fanatical. What’s in it? Well, here’s the thing: that’s entirely up to you.

Fanatical has selected 18 of the best VR games and you can choose whether you want nine of them for $49.99, five of them for $29.99, or three of them for $19.99. It’s a smart way to make sure that the games you’re paying for are the games you want, rather than just wanting one or two games, but buying a whole bundle for the deal.

So what can you choose from in the Build Your Own Quest VR Bundle? Well, there’s a great deal of variety, from the gritty FPS game Dark Horizon: Reloaded, to the more contemplative A Fisherman’s Tale, and even fun party games like ForeVR Darts. However you prefer your games, you’re sure to enjoy at least some of the games on the list.

The Build Your Own Quest VR Bundle includes all of the following games:

Are there any classics on that list that you’ve always wanted to try? Perhaps all of them are games that have been sitting on your ‘to buy’ list for years. If you did want all of them, while you can only add nine things to the bundle you create, there’s nothing to stop you from building two bundles of nine. Same goes for anyone who wants 12 of the games, or 14.

If you want to read more about VR, check out our guides on the best VR headsets and the best Oculus Quest 2 accessories, for an idea of how you can enhance your set up.