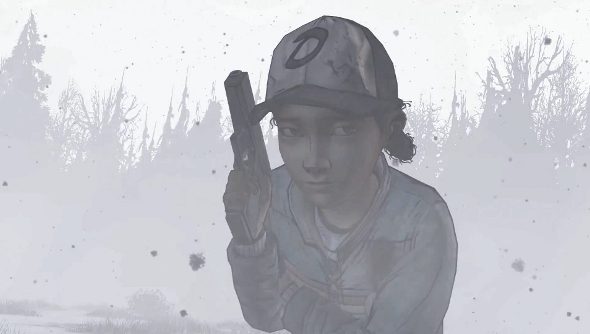 The Walking Dead Season 2 finale, No Going Back, is due out next week, on August 26th, Telltale has announced. If playing the last episode – you can see what I thought of it in my Amid the Ruins review – hasn’t left you an emotional wreck, then you can watch the launch trailer for the finale and properly feel like shit. Hurray!

It’s a recap, really, so if you’re a bit behind, best avoid it for fear of massive spoilers.

Since the fourth episode, Telltale have really been pushing the fact that Clem is torn between her kind nature and the survivalist she’s had to become, and the trailer really runs with that. It’s been a fascinating, and disturbing, journey going from protecting Clem as Lee to seeing her start to transform into a killer.

The fact that Telltale really haven’t been holding the punches this season does make me less than enthused about playing through the finale. I can’t see anyone coming out of it well. I think I’ll need to stock up on whisky.