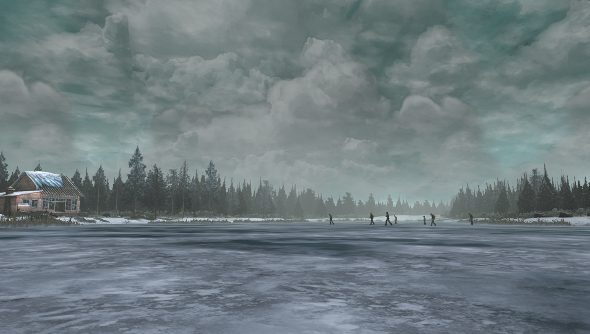 Here we are again, another chapter in Clem’s horribly miserable life closes. No Going Back has big, blood-soaked shoes to fill, naturally inviting comparison to the first season’s painful finale. Unfortunately, the shoes don’t quite fit, and despite a lot of fantastic, horrifically intense moments, this chapter stumbles a bit in its race to the grim conclusion.

But it’s still great. Too fast, too uneven, but still gut-wrenching and sorrowful when it needs to be, and even, very occasionally, hopeful.

In The Walking Dead, groups of survivors are temporary. Something will always tear them apart. Clem and her band of survivors were never a cohesive group, made up from the dregs of others. It’s been fractured since the get go, and rather than a bomb waiting to explode, it’s been exploding in every episode.

That’s why No Going Back is a bit predictable much of the way through. It’s one argument after another. And there’s no stopping it. Clem had become a mediator, but now barely anyone seems to be listening to her, despite the fact that she seems to be the only adult in the group.

It can be frustrating, because every crisis in the episode is down to adults acting like children. They bicker and moan and bitch and talk behind each other’s backs, and bloody hell it’s exhausting. And then it all comes to a head a third of the way through the game, very quickly, transforming characters unexpectedly.

All of this is purposeful though. Fleeting safety and temporary friendships are a Walking Dead mainstay, and here we see Telltale almost gleefully tearing everything down, leaving the survivors more desperate than they ever have been. With No Going Back, we see everyone’s true colours, and bloody hell, it’s not pretty.

Unfortunately, this does lead to several characters becoming props, drastically changing to fit the narrative, serving to get Clem and Kenny – who has become almost as integral to the series as his young friend – to where they the story needs them to be, emotionally.

But the rough patches are smoothed out by the things Telltale does best. Clem, of course, remains a fantastic character right till the end, and every line is delivered with intense conviction. And when she forgets about the need to survive and offers a kind word or a cheeky grin, the game’s humanity shines. But she’s still one messed up kid, still torn between her honed survival instincts and desire to keep everyone together.

While it feels like Clem’s words fall on deaf ears a lot of the time in No Going Back, her actions don’t. Time and time again she’s put in a position where she must act, putting herself in extreme danger, putting herself in between knives and fists and guns. And with the game hurtling towards the end, the consequences of her actions, both in No Going Back and the rest of the series, are pushed right to the forefront. 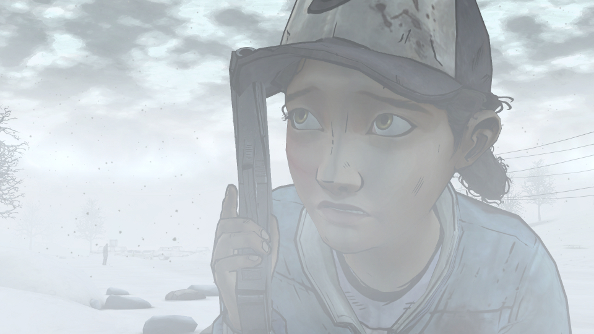 The closing scenes hit like a ton of bricks, weighted with five episodes of history. It’s not just the conclusion of Clementine’s difficult arc, but of Kenny’s too. The fate of that angry, but somehow lovable, redneck is down to Clem, down to the player, and whatever happens, whatever ending is reached, there’s a very real sense of closure. There are a lot of choices to be made in the final minutes, more than just binary ones, and the result is several very different endings. But they are all reached in a way that makes sense.

It is with this finale that it’s clear that – despite so many similarities – this has been a very different season from the first. With Lee we had one goal: keep Clem safe. And whatever we did, as Lee, the end was pretty much a forgone conclusion. Not so, here.

As Clem, we survived from one day to the next, fighting against the futility of it all, trying to find our own way absent a clear objective. Where Season One was the story of a man becoming an adoptive father, learning that he would do anything to keep his ward safe, Season Two is more personal. It’s about growing up, deciding who Clem is. But no matter who that turns out to be, one thing is consistent: she’s still a survivor.