War Thunder, the popular free-to-play military vehicular combat game, is adding another clutch of ‘splodey new toys. The Shark Attack update, known more prosaically as update 1.93, has a bunch of new helicopters, tanks, and planes for you to sink your teeth into… or perhaps Jaws in this case.

Developer Gaijin has been hard at work to develop a whole host of vehicles from around the world in this new update. You’ll see some famous faces – we’re looking at you HMS Belfast – a shark, and a flying barrel.

Firstly, let’s look at the introduction of the HMS Belfast cruiser. We’re a British site so this has found a little patriotic place in our hearts. During World War II, Belfast provided cover for troops in the D-Day landings and escorted convoys to the USSR. Since 1978, she has served as a self-contained exhibit for the Imperial War Museum and is permanently moored on the River Thames in London. A light cruiser with a history, the ship can now relive her golden days in War Thunder.

The Americans, not to be outdone, might notice that the USS Pensacola is also coming to the game. She’s the only rank V ship in War Thunder, but her large size and displacement doesn’t slow her down – she can clock a maximum speed of 32.5 knots (that’s about 60 km/h). This makes Pensacola the fastest American cruiser in the game. 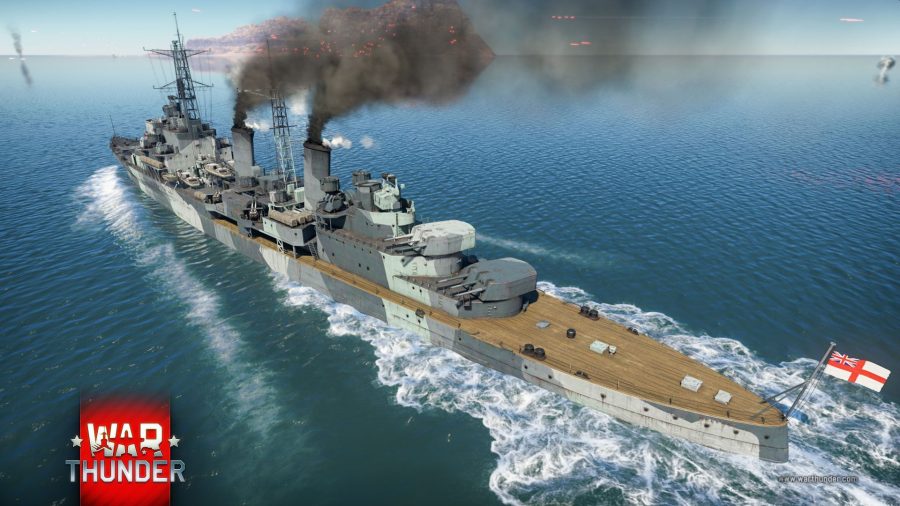 Moving from the sea to the sky, the first Swedish fighter plane is coming to War Thunder. Because of its unusual shape, the Saab J29D Tunnan was named after the Swedish word for barrel: ‘tunna’. Despite what one might think, the plane is surprisingly agile due to its swept wings. The Tunnan and the Finnish fighter VL Pyörremyrsky will be available to purchase, heralding the all-new Swedish tech tree.

But why is this new update called Shark Attack? It’s because of the new Ka-50 ‘Black Shark’ and the Mi-28 ‘Night Hunter’ helicopters. The Ka-50 will be found in the USSR Russian tech tree and packs a definite punch. Looking sharp in the sky and boasting weapons capable of destroying you from ten kilometres away, the Black Shark isn’t a heli to be messed with.

The Soviet tree is also seeing the introduction of the BMP-3 – an amphibious lightly armoured vehicle. It has a 100mm primary gun which can also be used to launch ATGMs, and a 30mm automatic cannon. The BMP-3 can easily take down enemy helicopters and light tanks using its high-explosive incendiary, tracer, armour-piercing, and APCR shells. 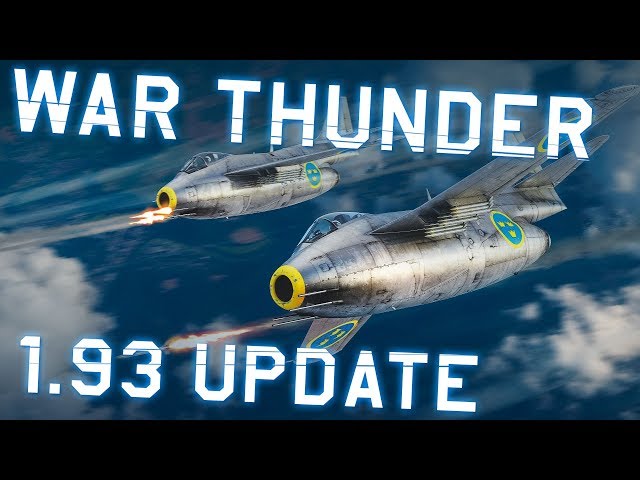 Rounding things off, the Chinese will get the ZTZ-96 tank, which has a mighty 125mm smoothbore cannon, supported by autoloading mechanism and new composite armour protection. This armour is the real highlight of the ZTZ-96 as it’s a combination of steel, aluminium, and titanium alloys, giving the turret up to 500mm of protection against heat projectiles.

This update is massive, adding more content to many of the tech trees in the game, and allowing players to further experiment with the combat vehicles of the past. If you want a more in-depth war history lesson voiced by a David Attenborough sound-a-like, check out the video above. You can also find a full rundown of the additions in the War Thunder 1.93 Shark Attack changelog. To get your hands on all of it, download War Thunder now.