Warcraft 3: Reforged’s players have been in limbo since its release back in January 2020. Promises of multiplayer fixes and features have gone largely unfulfilled in that time, with developer updates halting in August 2020 and the original Reforged team being dismantled around the same time. It seems unlikely that Warcraft 3’s multiplayer community will ever get the game they hoped Reforged would be.

Devoted players of the classic RTS weren’t fond of the revival, which fell short of the version promised at BlizzCon in November 2018. The massively improved cinematic cutscenes were quietly done away with on the lead up to launch, leading to widespread backlash. But Reforged also retroactively removed features from the original game when Blizzard merged the two clients. This included player profiles, match history, ranked ladders for all five multiplayer modes, automated tournaments, clan support, and offline play.

But a group of passionate fans is taking it upon themselves to revitalize the RTS game’s competitive scene by building their own ranked ladder that’s hosting thousands of matches every day.

“A few weeks before Reforged launched there was a PTR build, and that’s when it became very clear to long-term Warcraft 3 players that many of the staple multiplayer features were not going to be shipped on launch,” CepheidUK, a member of the W3Champions (W3C) team, tells us. 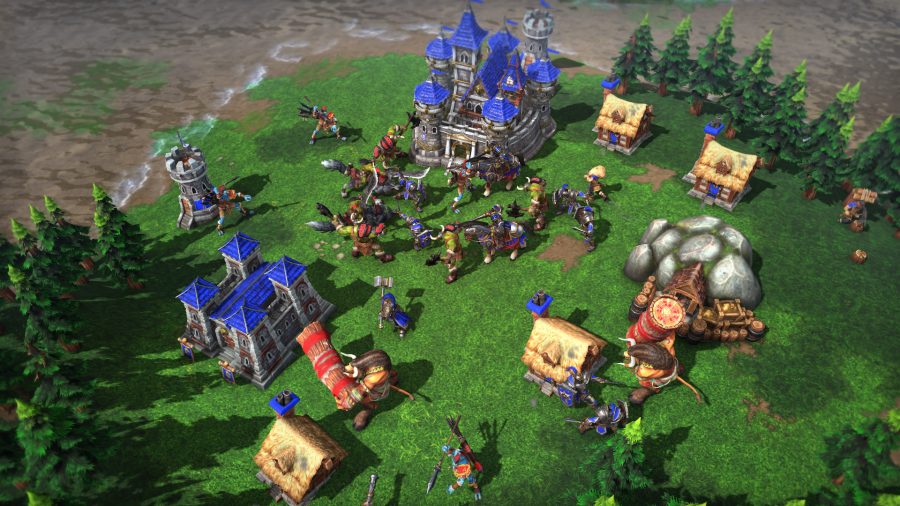 In March 16, 2020, a developer known as Pad released the first iteration of W3C with a ranked 1v1 mode. “Pad has created a few things for Warcraft 3, which he refers to as the Warcraft 3 ABC,” CepheidUK explains. This includes W3Booster, the Reforged profile viewer, and W3Arena, which “was an emulated Battle.net server that was very popular with the EU community in the early 2010s.”

These volunteers treat their server like Blizzard should've treated the community

When W3C first appeared it was as an update for W3Arena, but the foundations were more modern. Instead of entirely emulating the old Battle.net server, Pad found a way to implement HTML elements directly into the Warcraft 3 Reforged UI. “It’s effectively built with the same tech as Chromium. From there he could create matches using Blizzard’s interface, and as a result was able to build a platform for matchmaking,” CepheidUK says.

A free-for-all mode released on May 30 and Pad left the project shortly after on June 15, but it didn’t take long for a core team to form around W3C. One of them, floss2xdaily, was brought on as a community manager. Another volunteer, Modmoto, was in charge of building the backbone of the website and improving the launcher. Gab and Abeninski focused on in-game improvements like matchmaking and new game modes. Toxi (who’s also a semi-pro Warcraft 3 player) and Helpstone aided as data scientists for the matchmaking system. CepheidUK handled community management alongside floss2xdaily, but also website development and project management. 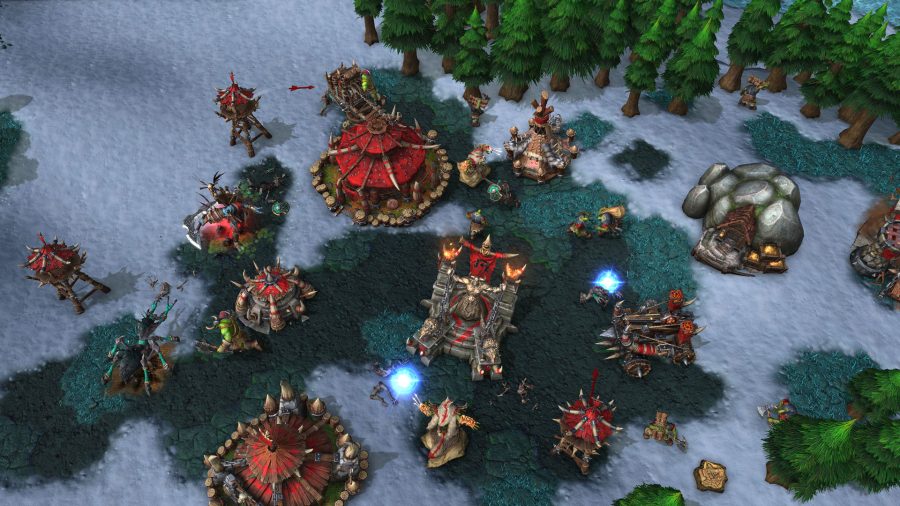 Since October, the W3C team has been adding Flo to servers around the globe, with the hope of creating a worldwide matchmaking system. “Right now, we’re nearing the end of the development phase for Flo, and we hope to roll it out officially as part of the W3Champions platform in March, which is when we start the 6th season of [the competitive] ladder,” CepheidUK says.

The project’s community has grown rapidly with almost 6,000 members in the W3C Discord, but the most impressive stat is the number of matches played through W3C. In January alone the number of matches played per day varied between 4,000 and 6,400. Almost all five competitive seasons involved regional tournaments for EU and NA servers, and a new tournament is expected to run at the start of March, too. Along with a badge in their player profile, winners are also paid thanks to a crowdfunded prize pool – at the time of writing, the prize pool for the March event is sitting at $3,500. 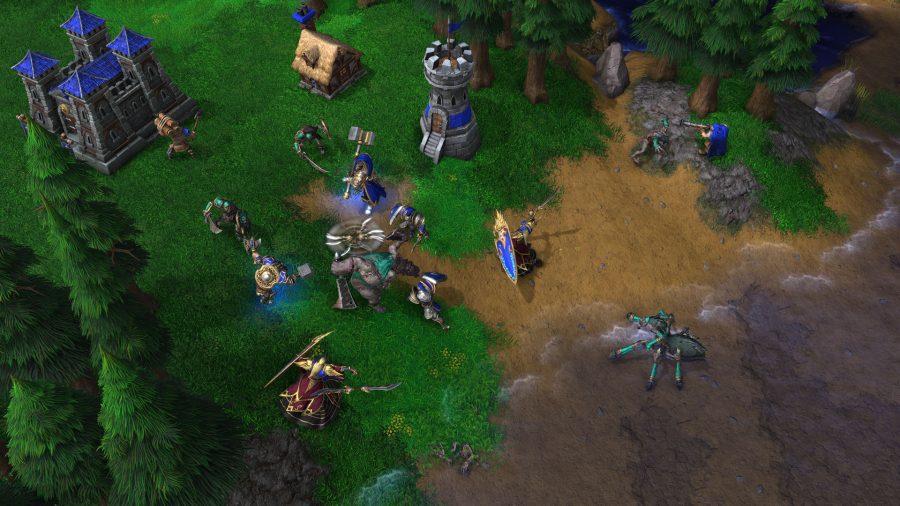 The team of volunteers does have a Patreon, but all funds go toward server costs and reimbursement for other related expenses. In addition, a broadcaster team called Back2Warcraft has been following the project closely since the beginning, helping spread the word around the community and sponsoring the Flo servers as well.

“Pad seemed very open to the idea of working with a group of developers,” caster Jannes ‘Neo’ Tjarks says, “so we helped find coders to get W3Champions off the ground. The server grew fast but steadily, as did the features it provided. After a few weeks, we managed to fix the flaws, and even introduced ladder leagues like Starcraft 2 has, from bronze to grandmaster. Even when Pad left the project, the team stuck together, set themselves even higher goals, and has now built the best WC3 server ever. Worldwide.”

Tjarks emphasises the care the W3C team takes to handle community feedback, claiming that every suggestion and technical difficulty gets a response in the Discord server. The project is so popular that W3C regularly hosts a section of the season finals’ broadcast, showcasing future plans and what’s in development like you would expect from a triple-A studio.

“The team is very flexible, so instead of one big patch every three months, there’s constant development,” Tjarks says, “if a feature is finished, they put it out for the people.” The output is backed by the core team, but the majority of W3C is open source, so there are helping hands everywhere. “You’d be amazed at the hours people put in,” floss2xdaily says, “Abeninski got married and put out a new feature the same day”. The team takes on priorities as they appear, but there are times where some members might go weeks without touching anything. The loose schedule is essential considering that in the admin team “six of them are married, and four have children under the age of four.” 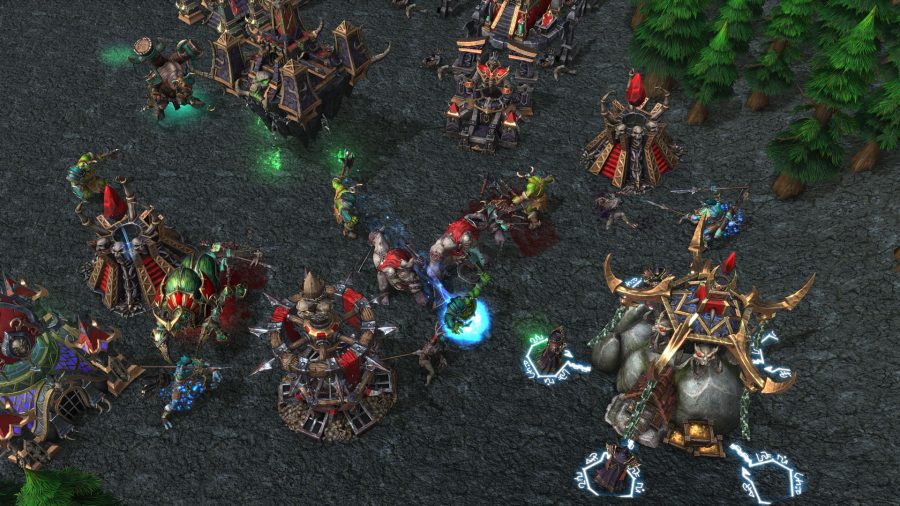 Despite the success and notoriety, there’s a concern that Blizzard could pull the plug at any given moment. The W3C site’s FAQ addresses some of these worries, such as what will happen when Blizzard actually launches an official ladder system: “We shall leave this to the community to decide. If you prefer the official ladder, we can use the technology for other projects like automated tournaments.” We reached out to Blizzard for comment about its plans for Warcraft 3: Reforged, but we have yet to hear back by the time of publication.

Despite uncertainty over the future of the project, W3Champions continues to set itself new goals and make bigger appearances, including at the IEM Katowice as part of the ESL Pro Tour for Warcraft 3: Reforged. “A lot of time went into the Flo servers and now we can do basically anything with them,” Tjarks says. “A lot of restrictions are lifted thanks to this infrastructure. I don’t think there’s a limit to what the team can do. This group of volunteers treats their server like Blizzard should’ve treated the community from the very start.”