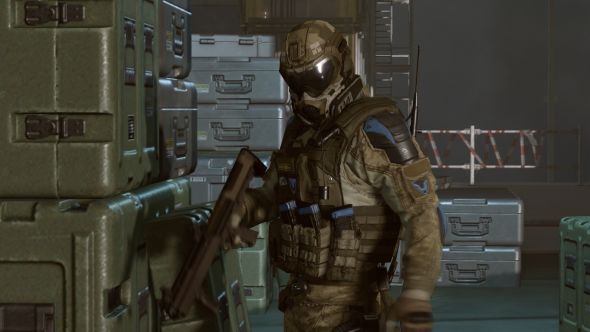 Crytek’s multiplayer FPS Warface has got a new publisher in North America and Europe; My.com will take over publishing duties in these regions. Crytek will remain as developer, and continue to support the game with updates.

If Warface is your thing, you’ll probably love the best shooters on PC.

Warface is currently published by several companies depending on the region. My.com’s parent company, Mail.Ru, handle publishing in CIS countries, while Crytek themselves do so in the USA, Europe, Australia, New Zealand and Turkey. It’s not clear whether they will continue to publish the game in those last three territories after My.com take over in the USA and Europe.

This is the first big news we’ve heard out of Crytek since the awful scale of their cash-flow crisis became clear in December, when it was first rumoured that Warface (and a possible sequel) had been sold off to Mail.Ru. It seems there was at least some truth to those rumours.

Crytek and My.com say in a press release that the new partnership will benefit players by allowing Crytek to focus on development, bringing more content and updates to the game. Existing characters, items, rewards, achievements and currency balance will all be saved as player accounts are transferred to My.com.

“Crytek and My.com are excited about the transition and look forward to the considerable growth of the game in North America and Europe,” says Crytek founder and managing director Faruk Yerli. “My.com team knows the Warface game exceedingly well, thanks to the operation expertise of its parent company Mail.Ru, which is a close partner of Crytek and has been successfully operating Warface in CIS countries for four years and made the game one of the leading online shooter game in CIS with a total player base exceeding 40 million registered players.”

My.com is a global online services platform which also provide an email client and mobile maps program, besides publishing online and mobile games such as Armored Warfare and Skyforge.

If you’re curious, Warface – in its current ‘Black Shark’ guide – is free-to-play on Steam.

A previous version of this article wrongly stated that Trion Worlds were the previous publisher of Warface.