When it comes to a mature shooter like Warface – a live-service multiplayer game that’s managed to survive seven years amidst a highly volatile FPS landscape – the fun facts are what often prove to be the most intriguing nuggets of news to emerge after so much time out in the wild.

We’ve been talking to My.Games about the game’s upcoming new seasonal system, which kicks off with the free Swarm expansion for PC players. It’s an update that adds new enemies in the form of the arachnids, a new PvE co-op campaign, new equipment such as the flamethrower, and three new PvP maps. However, it’s the kind of release that, if you’re not already vested in the game, you might not care too much about – but, did you know, Warface now has over 86 million registered accounts across PC and consoles? Or, that it reported has “the biggest variety of small arms than any other game in the world”?

Additionally, did you know that before officially adopting the Battle Pass system in 2018, the team actually first started trialling Battle Pass as far back as 2016 in the CIS region, over a year before Epic popularised the concept via Fortnite?

Swarm has a decisive PvE focus, but did you know that My.Games considers Warface to be a PvP experience first and foremost? As franchise lead Ivan Pabiarzhyn told us in a recent interview: “We do know that our fans prefer PvP to PvE, in accordance to around 60% vs 40%, respectively. And it is evident since we have 11 different PvP modes in the game for all tastes, starting from team deathmatch and plant the bomb to battle royale.” 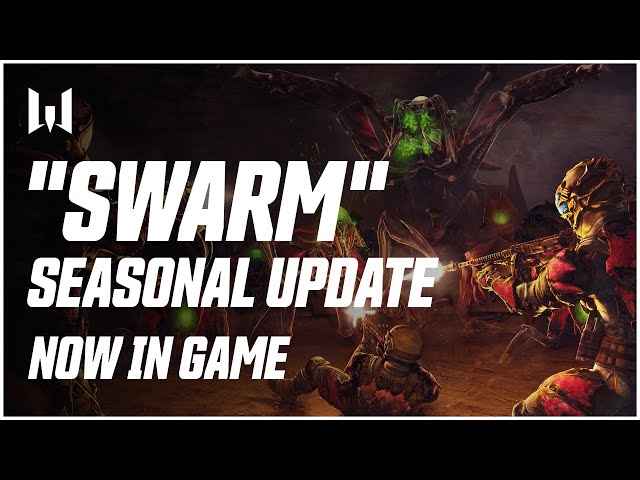 If you ask the creators of half a dozen shooter games, you’ll probably get half a dozen different answers as to what approach is best when it comes to long-tail experiences, especially in the shooter space. My.Games, and Warface’s developer Blackwood Games (since 2019; before that it was Crytek) seem to believe the key to success is regular updates, and they even have a formula for approaching this. For example:

It’s a process that’s allowed them to continue, pretty much under the radar, for seven years, and they plan to continue for years more to come.

For every purpose, there’s a tool, and for every gamer, a way to play Warface in some form. It has gone from being a singular (and oddly-named) PC game to a multi-platform franchise, with spin-off titles hitting consoles and mobile. My.Games mentioned to us that it plans to expand the franchise with even more spin-offs, as well as porting existing titles over to next-gen consoles.

More like this: The best FPS games on PC

The Swarm update will be available for free later today, and you can find out more information here.