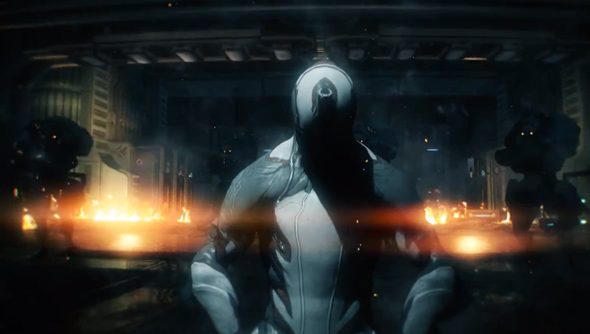 Warframe is out now; here’s our Warframe review.

When the makers of Unreal Tournament announce they’re working on a free-to-play shooter it’s time to stop inspecting the ice cream stain on your jeans, wondering whether it will be mistaken for something else, and pay attention.


It’s lookingpretty stonkingly good, isn’t it? Swords, guns, and super powers, all in the hands of a ninja-like hero. Sign me up. Speaking of which: you can sign up for the closed beta which is said to start “Soon”. Though with a projected winter release it looks as though it may be one of those glorified demo betas.

From what we know of the game, we can say it will be free-to-play MMO-lite, pitting you and three other players against the Grineer – an alien race that have hunter your species, the Tenno, into near extinction. Considering that beta sign ups receive a free weapon, if we were in the business of making educated guesses, then I’d say the monetised aspect is not going to be purely aesthetic but will be like Tribes: Ascend and include equipment and class unlocks.

When we know more you’ll find it here.