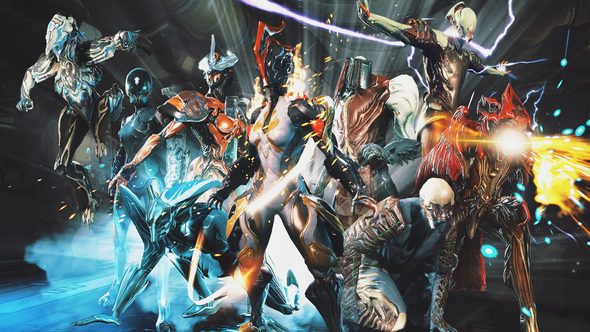 This year is going to be a big one for Digital Extremes as it marks the fifth anniversary of Warframe and the 25th birthday of the developers themselves.

This March marks the fifth birthday of Warframe. To celebrate, the developers will be giving away free anniversary-themed items to all of the game’s players.

“We always do a sort of free bonanza of thematically skinned anniversary items and we, actually on Friday, teased the concept art for this year’s item,” Warframe’s live ops and community director Rebecca Ford explains. “The past four years we’ve given something completely free and this year we’re doing an excalibur skin that every player will get for free during our anniversary window in March on all platforms.”

2018 is even bigger than Tyl Regor’s ego. This year marks @playwarframe‘s 5th Anniversary and @DigitalExtremes 25th!

Kick it off right with Devstream 104! Get new info on Khora and our goals for the year, live now: https://t.co/AIIX5ZO1ZR pic.twitter.com/oonPtmQ4MV

“Now that we’re in our fifth year we’ve sort of extended it by a day for every year, so it’s probably going to be five days or so of getting the free stuff but it’s not confirmed yet,” Ford says.