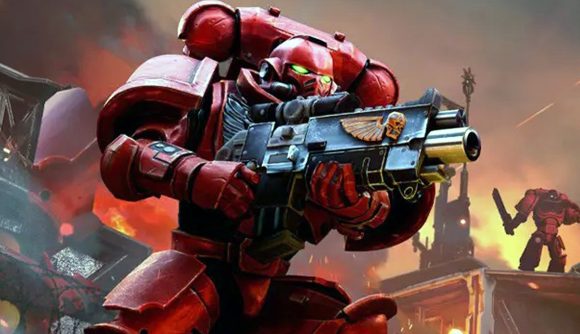 It only released last month, but turn-based strategy Warhammer 40,000: Battlesector has been getting a lot of attention from fans – and now developer Black Lab Games has revealed plans to tackle a number of major complaints players have had, including adding new factions, veterancy for units, and a more “in-depth” difficulty setting.

Battlesector came out in July to a good reception, although it undoubtedly had a fair few problems as we highlighted in our review – a rather no-frills campaign with little replay value being our main complaint. However, it certainly sounds as if Black Lab Games – who previously developed the excellent Battlestar Galactica: Deadlock – are making strides to address these issues, as the team has revealed in a recent developer diary on Steam.

Chief among the improvements coming to Battlesector is the addition of “new units and factions”. The team is “hard at work” creating these new factions, although the post doesn’t even offer a hint what they might be – or when players can expect them. “It’s important to us to maintain the quality level of the base game, and creating a faction takes a lot of work,” the post reads.

Beyond that, at the moment it doesn’t matter which units survive so players never get attached, but Black Lab is also adding a “lightweight” unit veterancy system that will allow units to “add 1% accuracy and 1% crit chance for each mission a unit survives”.

Black Lab is also implementing a “more in-depth unit management system” which will appear as a brand new higher difficulty setting called ‘Requisition Actions’. Each unit added will take up one Requisition Action, with limits and cooldowns on the units available. Aggressors and Assault Marines have short cooldowns, whereas Librarians can only be requested again after a few missions.

Battlestar Galactica: Deadlock is one of the best strategy games on PC, so we’re hopeful Black Lab Games can correct most of the problems with Battlesector. That’s up to them, though.