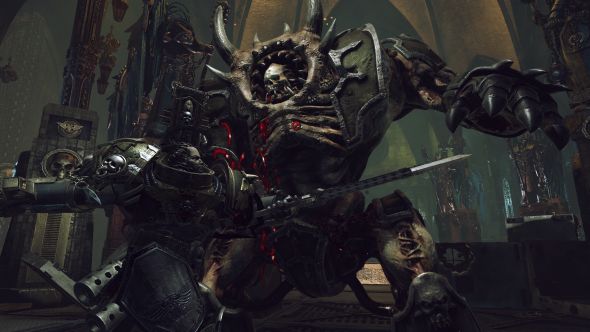 A playable alpha of Warhammer 40,000: Inquisitor – Martyr is due to go live on February 10. In essence, it’s an early access launch, with admitted players able to give feedback and influence the future development of the game, but developers Neocore have done their own thing rather than go through Steam Early Access.

For more action and role-playing, check out the best RPGs on PC.

The pre-release campaign is “designed for players who would like to follow and influence the development of our game and help us form the very first action-RPG in the Warhammer 40,000 universe,” Neocore told PC Gamer.

The campaign will be called The Founding. “It is for players who’re happy to give us feedback, really into ARPGs and Warhammer 40K, and glad to play it even during the early development stages. The final game will be on Steam of course, and in other digital stores, and the Early Access presence can change as well. But it’s not planned right now.”

Inquisitor will be the first action-RPG in the grim darkness of Warhammer 40,000’s universe. You’ll take the role of an Inquisitor, one of humanity’s powerful secret police, whose mission is to purge the Imperium of aliens, daemons and heretics. Inquisitors have a range of unique skills, access to deadly weapons, and licence to operate without oversight to get the job done. It’s at least possible that it’ll draw on the specialist tabletop ARPG of the same name, and I hope it does:Inquisitor was great.

You can check out The Founding’s websitehere, where the first Founder packages will go on sale in three days’ time. They will start at $40 for the base game, and will include access to free content updates. Three other tiers with further bonus Stuff will also be available. To read up on the Inquisitor – Martyr setting and lore, check out the (free) ebook series at theBlack Library.