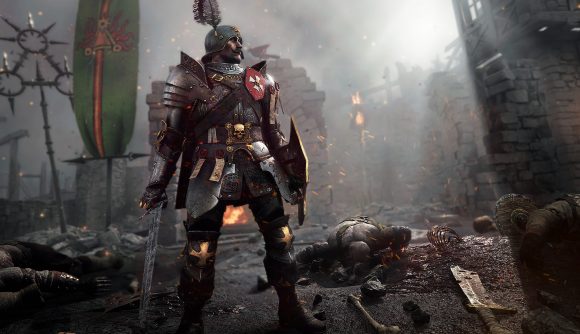 Chinese media giant Tencent has taken on another gaming investment, and has picked up a minority stake in Fatshark, the Swedish developer best known for the Warhammer: Vermintide games. Fatshark’s CEO says the company aims to stay independent in the wake of today’s news that Tencent has picked up 36% of the company.

The deal is worth 500 million Swedish kronor according to DI Digital, or just over $56 million USD. “We are excited to announce that Tencent has chosen to invest in Fatshark,” CEO Martin Wahlund says in a statement to GamesIndustry.biz. “Tencent is known for investing in market leading top rated companies. With the investment, Fatshark is in a strong position to continue to grow while staying independent. Our unaltered mission will be to bring high quality games to our fans around the globe.”

Fatshark joins a long list of developers big and small with investments from Tencent. The company picked up a 5% share of Ubisoft last year, owns 40% of Fortnite and Unreal makers Epic Games, and wholly owns League of Legends developer Riot.

Development at Fatshark goes back nearly a decade, but its most notable successes started with Vermintide. Before that, the company worked on titles like Lead and Gold, Bionic Commando Rearmed 2, and Escape Dead Island – the latter of which is perhaps better forgotten.

The Left 4 Dead-style action of Vermintide has been a hit, though, and the sequel has been a regular among Steam’s best-selling games throughout the year. Hopefully this new investment means the company can continue playing to its strengths – just with a little extra cash to keep development running smoothly.