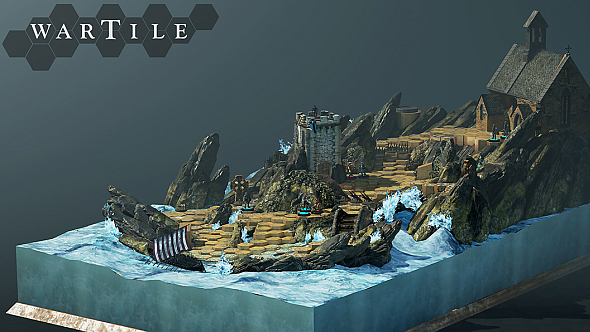 Wartile, the very pretty Viking RTS played with digital figurines, is getting its biggest content update since its Early Access launch back in March. It arrives today, is titled Adventure Pack 0.5, and will add new features, content, and quality-of-life tweaks inspired by player feedback.

Intrigued? We took a look at Wartile’s development as part of our Making it in Unreal series.

Among the additions are a Viking headbutt attack, the ability to drink mead for a small healing boost, and the ability to throw oil bombs to set things on fire, which is all as it should be.

Perhaps more significantly, there’s an update UI, a new skirmish/wave defence game mode named ‘Trail of Tyr,’ which adds a new map, and a new character – a female archer – which answers a popular community request. Finally, ‘Thor’s Wrath’ is a new mission variant in which you’ll embark on a search for ancient relics inspired by Viking mythology (which is awesome).

“This latest update and content package is considerably bigger than 0.4.6.0 and represents the core of the feedback and work we’ve been doing on Wartile since Early Access,” says Michael Rud Jakobsen, founder and creative director of developers Playwood Project.

A strategy game with RPG elements and a lavish board game/diorama feel, Wartile’s aesthetic is unique. It’s on Steam Early Accessherefor the reasonable price of£14.99 ($19.99), and is rated 89% by the community. You can learn more at the website.