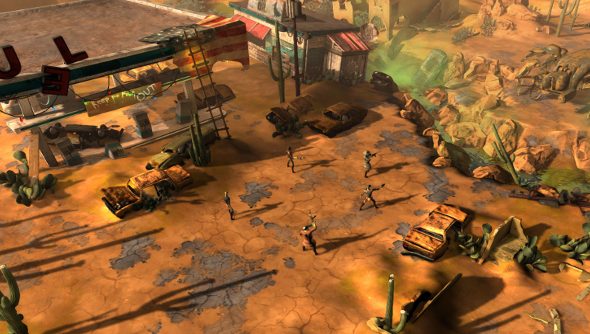 inXile’s Wasteland 2 moved into beta yesterday, opening its doors to everyone who pledged for that tier. If you’re one of those lucky buggers, you can hop onto the Ranger Center and get your Steam beta key. While backers are getting first crack at the post-apocalyptic wastes, the rest of us won’t be far behind.

After getting numerous requests from ravenous Wasteland fans, inXile’s decided to put the game on Steam Early Access once backers have had time with it, so keep an eye out for that.

Brian Fargo explains where the game is at right now on the Kickstarter page, noting that the mechanics are all in place and now the focus is on expanding the scope (some of the maps have yet to be added) and adding more ambient sounds, increasing the skill pool, balancing the combat and the economy and generally polishing the experience.

Expect to see a lot of it on Twitch, as there are no restrictions on streaming.