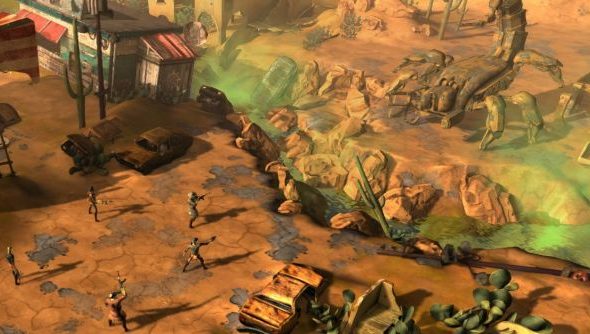 InXile has announced that they plan to raise the graphical bar of their crowd-funded post-apocalyptic RPG, Wasteland 2, by upgrading the Unity engine. Currently, the game runs on Unity 4.5, but it’s bigger brother, Unity 5, will enable modders to use many of the tools available from Unity 4.x Pro.

“There is no doubt that this migration will allow us to release better tools for modding to our community in the future.” said project lead Chris Keenan.

The news broke via Kickstarter update, which initially commented on the implementation of the sixth major patch to Wasteland 2. “We recently released the sixth major patch for Wasteland 2,” stated Keenan. “which added Steam achievements for Mac and Linux, cleaned up some issues that were sitting on our lists, and included another pass on text and localization to make sure even the finest details are polished as best they can be.”

But that wasn’t all they had to offer. “If you’ve been keeping a close eye on things, you might have heard tell that we’re looking at doing some more balancing and improvements of Wasteland 2 in the future.” Keenan teased. “We have expanded our original plan and decided that this is going to be a part of something much larger for all our fans.

“In pursuit of this goal, one task we’re working on right now is migrating the Wasteland 2 codebase from the Unity 4.5 engine to Unity 5, which will enable some new possibilities for us.”

One of those possibilities is increased modding support for the community, which InXile is very excited to see the fruits off. Another is the use of “physically based shading”, which makes environments look even more pretty and realistic.

Finally, there’s some other small additions coming in future updates. “As well as visual improvements, we have quite a few quirky tricks up our sleeves. The character system is getting perked up and will include some new elements to modify gameplay.”

If you’ve still yet to pick up the game up, you can read Fraser’s Wasteland 2 review, who did mention that the game had shortcomings in the graphical department. “Character models are hideous monstrosities that don’t look remotely human and the environments – besides a few notable exceptions like the verdant Ag Center or the ominous airplane graveyard of Damonta – just aren’t striking at all.”