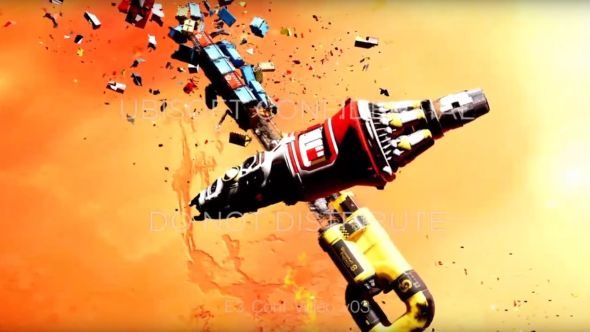 Update November 15, 2016: According to sources at Kotaku, the secret Ubisoft Watch Dogs 2 teaser trailer is for an unannounced game codenamed Pioneer, though development issues have pushed its reveal back.

So, to get that straight: a Watch Dogs 2 mission about games sites writing about leaks contained an actual teaser for a game, the details of which have now been leaked. Okay? Okay.

Could this be another great game of 2016? Surely we’re running out of room.

Two sources familiar with everything Ubisoft tell Kotaku that this is a teaser trailer for a very real space exploration game called or codenamed Pioneer. According to these sources, Pioneer hit some development hurdles and the game’s current status is rocky, so it might not even be revealed properly at all.

“The project was supposed to be announced next year,” said one source, along with stating that Ubisoft had replaced many of the leads on Pioneer within the past few months. “That won’t happen now and Pioneer is now being ‘retooled.’”

“When they decided to make the easter egg in Watch Dogs 2 they didn’t know it was going to be like this so it’s a bit awkward,” said a second source.

You can watch the full Watch Dogs 2 mission embedded above.

Update:We’ve got the full Ubisoft hacking mission from Watch Dogs 2 on tape, so you can judge for yourself if the trailer is real or not.

As you can see above, we’ve captured the full Watch Dogs 2 mission that leads to the maybe-fake, maybe-not teaser trailer of a Ubisoft game. It’s captured on a PS4 because the PC version isn’t due out for another couple of weeks, so rest assured it’ll probably look much nicer than this when it hits our keyboarded shores.

Getting info out of Ubi involves what you’d expect – climbing to a rooftop with your phone and then hacking into some security cams. From there, Marcus eventually gets into the hard drive containing the trailer, which you can see standalone below. Along the way, naturally, he encounters about a dozen easter eggs, plus spies on a few Ubi employees. As we all have, when going after journalistic scoops.

What do you think? Ubi’s next game, or a fun easter egg? Let us know in the comments.

Original story November 14, 2016:Watch Dogs 2 is coming out tomorrow – unless you want thePC version, of course, which you probably do given where we are – and that means everyone from dodgy retailers to games reviewers have copies. Among various rumblings that it might actually be rather good (called it), one easter egg has stuck out from the crowd. In one mission you hack into Ubisoft itself and retrieve a game trailer, complete with ‘do not distribute’ watermarks. The debate is whether this is just a parody of Ubisoft’s oft-leaky announcements, or if they’ve stealth-teased something new within one of their own titles, which is just wacky enough we wouldn’t put it past them.

The trailer shows various spacecraft backed by country music, a salvage ship arriving at a destroyed hauler and various semi-recognisable planets from our own solar system. The watermarks indicate it’s an E3 trailer, and are consistent with leaks from various industry studios we’ve seen before.

The rumours of it being real are redoubled by the commonly-reported suggestion that Ubisoft took a final, unannounced new IP out of their E3 2016 presentation at the last minute. Leaked schedules that otherwise matched up perfectly with what was shown had it listed, and Steep always seemed a tad underwhelming for the usually-amazing Ubisoft show-closer.

Getting to it involves unlocking a side mission, something that happens at random from various acts in-game – our very own news-star Kirk Mckeand got it from hacking a civilian’s phone. You then head over to the Ubisoft offices in-game, hack the cameras and eventually unlock the trailer. It’s as likely to be a throwaway as an announcement, but it is rather clever. If you want to go deep on the speculation train, here’s the r/Games thread where people are claiming it will rip off everything from Kerbal to Elite.