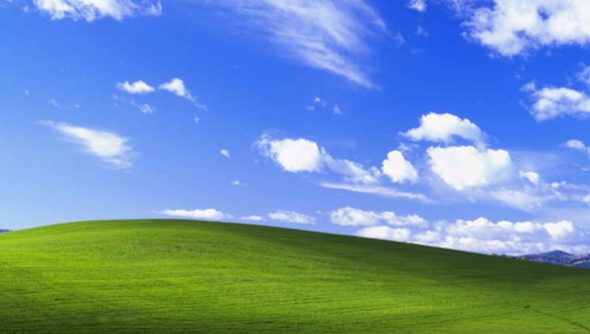 There are some new boxes of electronics coming that sit under your TV and claim to play games. They’re also television cable boxes and will watch you sleep/kiss your partner/touch yourself.

Instead of buying one of those, you should buy a PC. Here’s why.

It’s not a monoculture

The gradual erosion of consumer rights that’s taken place since the advent of broadband has not been pleasant. Gamers are worse off than they were ten years ago. This is true on PC and console.

What’s taking place with the XBox One and PS4 is that the console manufacturers are catching up to the digital rights licensing that PC gamers have been coming to terms with since Steam debuted. The details of what Microsoft have proposed (and I believe Sony will have a similar schemes) is different – better in some ways, worse in others – but it’s broadly the same. You have permission to play your game if you buy a copy of it. That permission is granted unless we decide it isn’t. We’ll grant you access on our terms. And while we’ll try and give you a fair stab at reselling your games, it’s not entirely aligned with our business, so it’s probably best you just accept that it’s not going to happen because we’ll be able to withdraw that feature when we feel like it.

But there’s a difference between Steam and the consoles: Steam is a closed system on an open platform. Steam’s platform dominance isn’t complete. Steam has to compete with other services for your custom. Steam isn’t the only game shop in town. 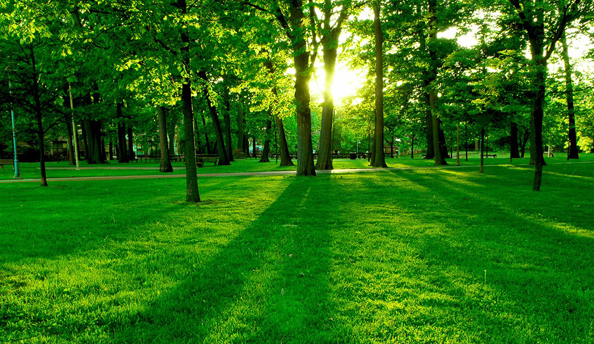 What’s clear is that many of the consumer rights we as gamers take for granted will fall away as publishers, manufacturers and developers dream up new ways to control access to their product. Government and enforcement cannot keep pace, and has shown zero interest in reinforcing those rights. The only mechanism to have an effect is through consumer choice.

There is no choice on an Xbox One or a PS4. There is choice on PC.

If you’d have bought your third party games on PC, not only would you be able to play them on your new PC, they’d be better. It’s not just backwards compatibility: think of the side compatibility benefits. Your game library can exist over multiple machines and form factors. You can have a PC in an office, bedroom or den, or under a television, and a laptop, and in a few years time, an affordable Haswell powered tablet with broadly the same specifications as an Xbox One. Your game library is guaranteed to work across all these machines. And any future machines you buy.

Imagine that: being able to buy a game, and then play it forever. 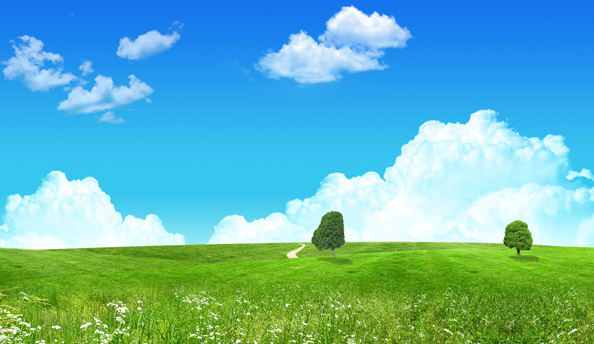 You choose what you pay

Games are generally cheaper on PC – although EA and Blizzard have quietly raised their new game prices over the past two years – most games debut at around £30/$45/30Euro.

Charging gamers to access online services through Xbox Live was a stunning cash-grab for Microsoft. It’s a tax on games that simply should not exist. Paying for playing online on PC is a ridiculous concept. Yes, there are subscription games on PC. But playing them is a choice.

What’s baffling about PC isn’t that you don’t get charged for playing online – it’s that increasingly you choose entirely what you want to play for anything. You can happily enjoy League of Legends without stumping up a penny. Same with Planetside 2. Most indie games will enjoy a brief pay-what-you-want bundle moment. And prices are so flexible that you’ll find AAA games available for next-to-nothing if you do a bit of research.

If you want to buy a PC that can sit under your television, you will probably pay a premium. I think the Alienware X51 is a great little machine, but it’s definitely more expensive than a console. While we all got a bit excited about Steamboxes, there’s been little sign of any real hardware, and I personally doubt we’ll see anything concrete for years.

The alternative is building one yourself. Building a PC is both easy and fun. You should do it, and you could do it. PC building is pretty close to lego – it will take a couple of hours at most, and you will feel an absurd sense of pride at what you’ve accomplished. The parts won’t cost the earth. In a few weeks, we’ll put together an incredibly basic step-by-step list of what you need to buy, and how to put it together. 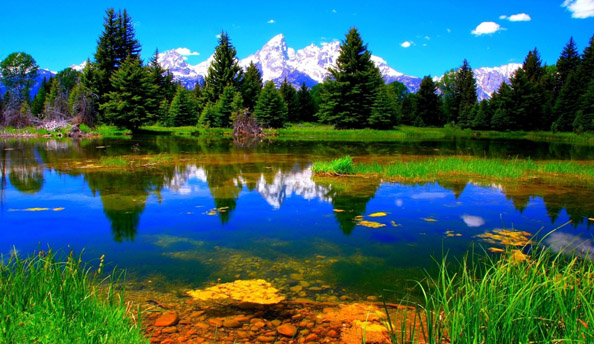 A PC plays TV and movies and music, but it doesn’t make such a song and dance out of it

If you build a PC to replace a next-gen console, Steam’s Big Picture Mode is how you’ll probably access most of your games – it’s an interface for accessing your games that’s been designed for joypads. Think of it as Steam’s version of the Xbox interface. With a bit of fiddling, your PC can boot directly into Big Picture Mode. The good news about Big Picture Mode is that it doesn’t carry spam advertisments for Wreck It Ralph or William Hill’s Online Casino. There is a shop, but it’s nice and tucked away. It’s kind of lovely.

PC game mods sound complicated and technical and weird. But they’re really not. They’re just unbelievably cool. It’s gamers working together to improve and or twist what publishers have already created. Together, they make games way more valuable. Modding your games has never been easier.

A few years ago, Steam introduced the Workshop – it’s a way for community creators to share their projects. It manages the installation, patching and updating of mods in a neat way. You just get to pick and choose what you want to play. I’m currently working my way through the best of the Portal 2 workshop – there are levels in there that are easily the equal of what Valve created. Similarly, Skyrim on PC is a towering work of community led genius – there are full blown expansions available for free.

But it’s not just more stuff: it’s a chance for gamers to correct and improve games. 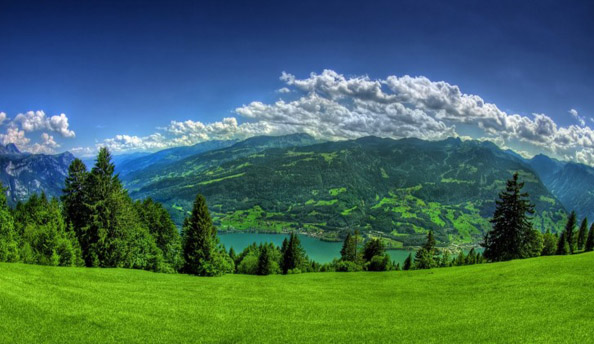 The future is on PC: if you’re a hardcore gamer, you’ll want to be a part of it

I think I’m one of the few people on the planet who think the Kinect is kind of okay. I lost a stone playing Kinect fitness games. That was cool.

But that peripheral does not compare to the incredible hardware revolution that is taking place on PC right now. Oculus Rift gets the headlines: fully functional virtual reality right now. Amazing. The Razer Hydra is special, too – it’s like the Wii remotes done to a level of precision and responsiveness you wouldn’t believe possible. Although it’s a over-priced and a bit too heavy, I love the ambition of the Razer Edge – it’s a kind of hardcore PC tablet hybrid that I think is about two years ahead of its time. There’s more coming: Valve have been talking about biometric analysis since forever.

It’s not just limited to hardware. The PC is where new trends and genres form. Minecraft’s success proves the point, but it’s not the only example. Right now, we’re seeing the first glimpses of what true survival games should play like, with the DayZ mod. Dota and League of Legends have pioneered a absurdly addictive strategy gametype. You can draw a direct line between Counter-Strike and the success of Call of Duty multiplayer. Battlefield began, and is at its best, on PC.

What’s next? DayZ’s going to own the planet. Cube World, too, probably. Then… I don’t know. But finding and playing it is most of the fun. 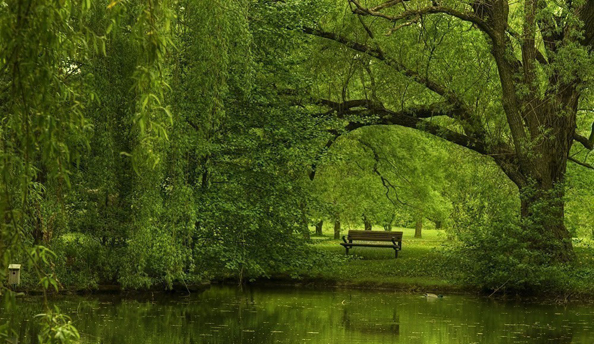 Don’t take my word for it

If you’ve been a console gamer all your life, I can understand if you’re skeptical. The PC is different. We don’t see the same lavish marketing budgets from platform owners. Shops are dead to us, so we’re kind of invisible to the real-world.

But despite the invisibility, we’re thriving, because it’s such a wonderful, friendly place to play. PC gaming just /feels/ right

So don’t just take my word for it – have a chat to other PC gamers. They’ll evangelize in exactly the same way. They’ll explain you don’t have to pay over the odds to play. They’ll want to help. If you ask nicely, they’ll probably spec a PC and build it for you.

Lastly: please don’t treat what I’ve said as an argument. Treat it as an invitation. We want you to come and join us.