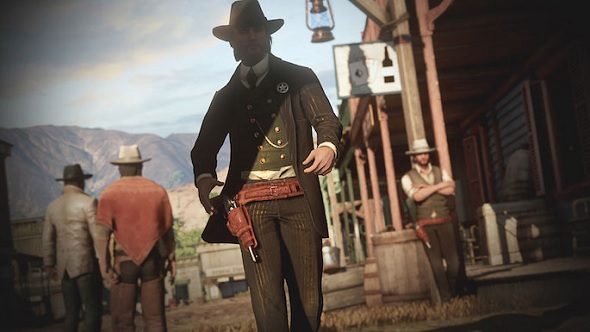 Get ready to manifest your virtual destiny as Wild West Online is about to start its closed alpha test. Beginning on September 15, it will see a small selection of pioneers heading out into the frontier to test this ambitious MMO.

Looking for a new timesink? Here’s a list of promising MMOs that are launching in 2017.

Similar to the actual Wild West, developers 612 Games want most of the action in Wild West Online to be driven by player interaction. There will be set missions and treasure hunts for players to go on, but 612 Games are trying to reinforce the ‘Wild’ part of Wild West Online through PvP and player-formed clans.

There’s no strict levelling or class system either, meaning you’re free to construct the role you want to play. You could be a righteous lawman, a ruthless outlaw, or even a peaceful prospector. While you may want the quiet life of a miner or travelling salesman, be aware that other players will have no qualms in gunning you down and stealing your precious gold.

While the game is only in the alpha stage, 612 Games are already planning several free expansions for Wild West Online. You’ll eventually be able to own a ranch, head south of the border to Mexico, and even rob trains with a group of fellow outlaws. Anyone playing on the server can saddle up and try to rob a train, meaning you could have huge gangs of outlaws and lawmen trying to attack/defend a single train.

If you are interested in joining the closed alpha, you will need to buy either the Collector’s or Pioneer’s Edition of Wild West Online. Both are discounted during the alpha period and 612 Games are offering full refunds up until the second round of alpha testing on September 27, if you find that the life of a cowboy isn’t for you. For those who want to wait until the dust has settled before heading west, Wild West Online is scheduled to launch this December.