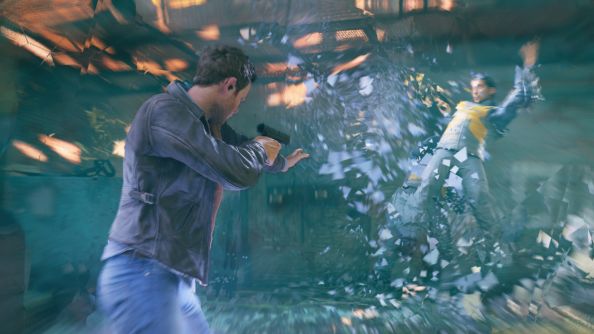 Update January 25, 2017: Microsoft have released a new video to celebrate their improved Game Mode rolling out to Windows Insiders.

If you use Windows 10, Microsoft say the new Game Mode will allocate more GPU and CPU power to videogames, resulting in higher, more consistent frame rates.

Hopefully this new feature will make our list of best PC games even better.

The feature might not work with all games straight away, but it’ll be as simple as pulling up the Game Bar and activating it to get a performance boost, Microsoft say.

Check out the video above. Our Dave reckons we should temper our excitement a bit, however.

Update January 13, 2017:A free performance boost will come to all your games soon, if you’re a Windows 10 user, thanks to a new and improved Game Mode.

The new Game Mode will work forWin32 and UWP apps, and will optimise your PC to run games, toning down unnecessary background applications and diverting more of your PCs heft into running the game.

Excited to share that the new Windows 10 Game Mode will include /both/ Win32 and UWP game (now w/ link) https://t.co/Dv14gWAjt9

The new functionality will be rolling out to Windows Insiders soon for testing. Microsoft say they will also share details on how it all works.

Elsewhere, the Creators Update will also add integrated Beam streaming to Windows 10. Users will be able to bring up the Game bar and instantly stream on Beam with the tap of a key.

Original Story December 29, 2016: Microsoft are apparently working on a new Game Mode feature for Windows 10. The update will make games run better by minimising the resources being used running apps and other background programs while a game is running.

The new feature will focus on freeing up resources to funnel straight into your games, giving them as much of your computer’s power as possible while you’re playing them, according to Windows Central.

This update is expected to roll out for Windows Insiders soon, as the public version could well be coming in the Creators Update.

Whether these improvements will work across all platforms – Steam, Origin, Uplay, etc – or be restricted to Windows Store isn’t clear, but with Microsoft releasing games on Steam, such as Quantum Break, I’d bet that the improvements will be compatible with as many clients as possible.