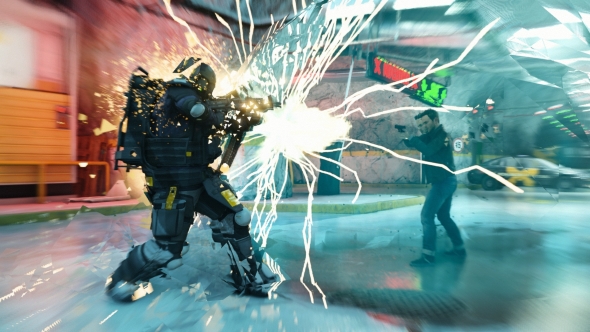 The upcoming Creators Update for Windows 10 will bring a bunch of new features to Microsoft’s flagship OS, including a new Game Mode. But if you were hoping for a mega gaming speed boost for your PC you might be disappointed.

Microsoft love the PC, right? And they love PC gaming now, at least that’s what they keep saying, and with the new Creators update for Windows 10 they’re promising to give you a free speed boost when you’re gaming.

“Our goal is to make Windows 10 the best Windows ever for gaming,” says Mike Ybarra on the Xbox Wire blog. “With the Creators Update, we’re introducing a new feature called Game Mode. Windows Insiders will start seeing some of the visual elements for Game Mode this week, with the feature being fully operational in builds shortly thereafter. Our vision is for Game Mode to optimize your Windows 10 PC for increased performance in gaming.”

In the latest Insider Preview build (15007) the Game Mode check box has appeared but is as yet uncheckable. It’s location though gives a hint at what it’s actually for and what it’s going to do. The key word in the Ybarra quote above is ‘optimize’ – it looks like all Game Mode is going to do is tailor the background processes running on your PC to make it work smarter when you’re using Microsoft’s Game DVR feature. 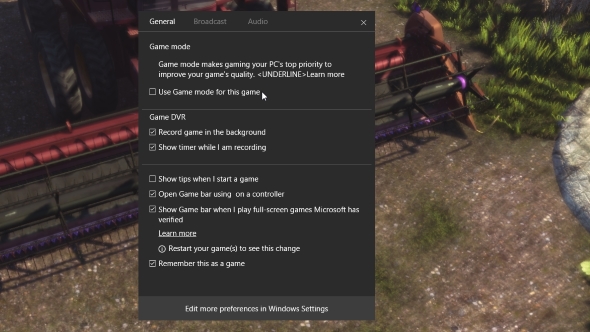 The Game Mode feature only appears when you have Game DVR enabled and at present is only accessible via the feature’s overlay (Win+G). The in-app blurb states: “Game mode makes gaming your PC’s top priority to improve your game’s quality.” Game mode makes gaming for you gaming nice. Gaming. Looks like they’ve had the intern in writing placeholder text again…

Since last year the Game DVR feature is something we’ve been recommending you turn off if you want the best performance from your rig. Microsoft though have Game DVR enabled by default at the moment, and with it and its background recording likely cutting your gaming frame rates having a specific mode which is designed to alleviate that performance drop makes sense. 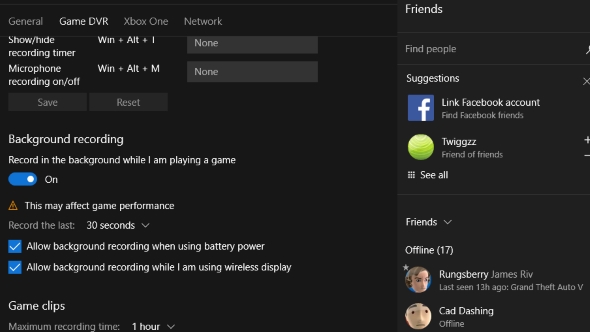 If you never use Game DVR the new Game Mode will never appear and neither will your hopes for a Microsoft-bestowed gaming frame rate boost.

But when AMD and Nvidia both have hardware-based solutions for recording your gameplay – both with negligible impact on gaming performance – why would you opt to use Microsoft’s version? I mean, they make you go into the Xbox app on your gaming PC to use it. Oh the humanity.

If we wanted an Xbox we’d have built a dodgy 80’s VCR-looking monstrosity with a ropey AMD APU inside it all by ourselves.