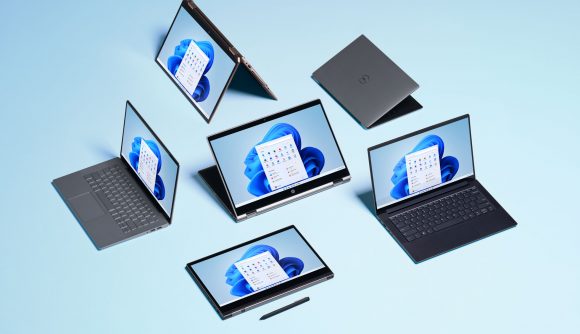 Microsoft has finally debuted Windows 11, and it’s not just packing auto HDR and native Android apps. The long-teased DirectStorage API that’s meant to cut down loading times on gaming PCs much in the same way the Xbox Velocity Architecture speeds things up on Microsoft’s consoles is on its way, and it won’t be coming to Windows 10 like we originally thought.

The Windows 11 exclusive feature improves communication between your storage device and graphics card, allowing assets to load quicker without having to pass through the CPU first. Naturally, this means more time spent gaming and less time reading the same hints as you move from area to area.

It’ll work best with systems that are dubbed ‘DirectStorage Optimised’, containing the right hardware and drivers for the job. If you’re more of the DIY type that prefers to build the best gaming PC yourself, requirements demand an NVMe SSD with 1TB of storage or more. PCIe 4.0 NVMe SSDs and the latest GPUs from Nvidia and AMD will offer a better experience, but DirectStorage will still work with older standards like the third generation PCIe 3.0 – you won’t have much luck with 2.5-inch SATA drives, though.

DirectStorage will only work with games built using DirectX 12, so there’s no telling how many titles will support the feature when you upgrade to Windows 11 for free later this year.

While you won’t have access to this new feature on Windows 10, the operating system is still getting the 21H2 update in the second half of the year. Microsoft is keeping hush on whether that’ll be its final patch, but this means you don’t need to jump over to the new OS immediately if DirectStorage, auto HDR, and Android apps don’t sell it for you.