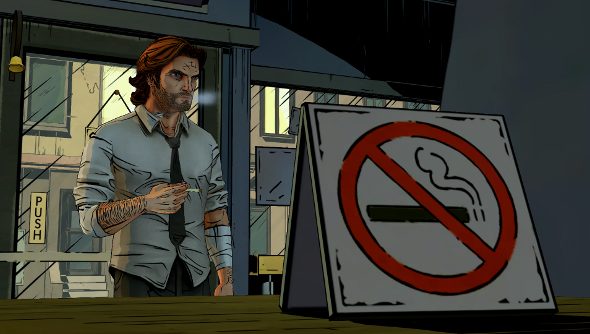 After A Crooked Mile’s violent hunt for answers, The Wolf Among Us is really cooking with gas now. Bigby’s no longer aggressively meandering, chasing his tail; he finally has a target, and it’s not Crane-shaped red herring this time. In Sheep’s Clothing is the penultimate episode in this bloody, hard boiled series, and appropriately we are finally peeling back the curtain.

Unfortunately, the answers are mostly distressing. From up in their tower, Snow and Bigby have been blind to what’s actually going on in Fabletown. Putting an end to the torture, extortion, slavery and manipulation that the Fables have faced could end in a war, with Bigby dragging everyone down into a bloody finale. 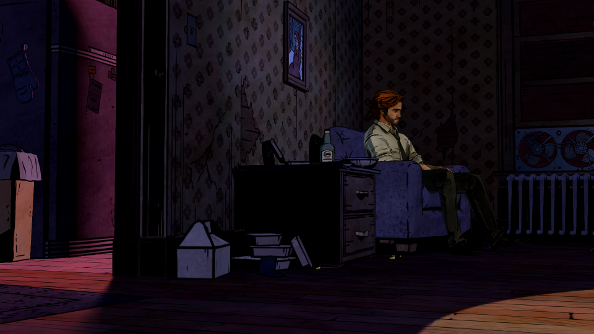 The savage crescendo of the previous episode has forged Snow into something resembling a leader. And she’s had enough of the violence and intimidation. She needs Bigby to act like a cop; she needs him to start doing his job without leaving broken bones and blood in his wake.

Snow’s ultimatum kicks off a series of questions of allegiance. Her desire for order means that glamour laws need to be enforced. Does Bigby do right by the most vulnerable Fables, or does he do what he’s told – it’s not an easy choice to make, especially when he’s in no position to turn away from the only real ally he has. 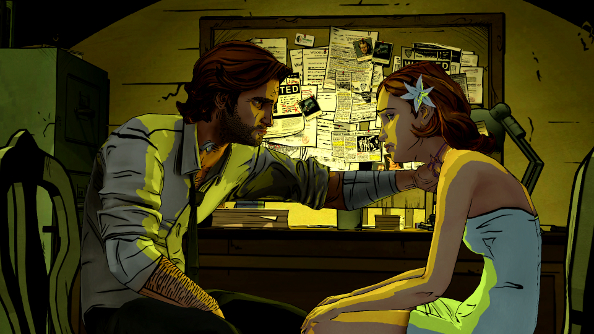 In Sheep’s Clothing’s structure is familiar now. A choice between which of two locations to visit first, a ridiculously gory encounter with a monstrous enemy, the battle between Bigby’s two halves – it’s all there. But within this fixed structure is plenty of wiggle room.

Old vendettas can be put aside, temporary alliances can be forged and amends can be made. While Snow’s command to play by the rules might be hard to swallow, and possibly ignored, it’s harder to ignore the moments when Bigby has a chance to simply be a good person. Or at least not a complete lupine arsehole. Even if it just amounts to offering an old enemy a cigarette.

It’s a short episode, even by Telltale standards. But it contains plenty of revelations. The bubbling class war from the previous episodes seems like a distant memory, as it seems like there isn’t a single Fable who isn’t struggling; who hasn’t ended up in the Crooked Man’s pocket. 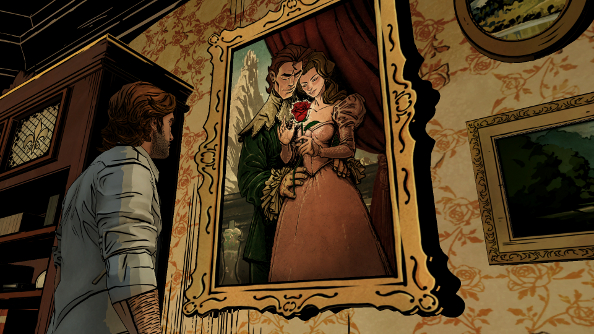 Ah yes, the Crooked Man. Since last year we’ve been wondering who has been pulling everyone’s strings. It’s no longer just about solving a double murder case; Bigby’s attempting to unravel an entire network of crime and control. The Crooked Man is all that’s left, really. Everything leads to him, all the pieces starting to fit together like the repaired magic mirror.

But as Bigby enters the puppet master’s domain, there’s the sense that everything isn’t quite as clean cut as he hopes. Like this is all part of some grand plan, and Bigby, just like the Crooked Man’s minions, is merely a pawn.

This penultimate episode is a build up. Bigby’s directed towards the apparent villain of the series, a spot of housekeeping is done, sorting out relationships and putting the sheriff in a position where he can focus entirely on bringing the Crooked Man to justice. On its own, it lacks a bit of spark, absent any real investigative process from some of the longer episodes or the intense pace of A Crooked Mile. 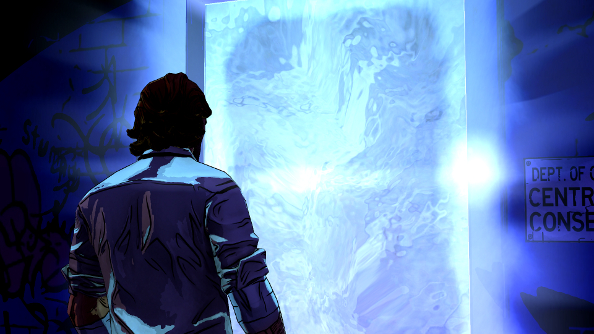 And then when everything is about to become clear in a confrontation with the Crooked Man himself, the episode abruptly ends. In my case, with the flick of a zippo lighter. It’s not a conclusion; the biggest revelations are undoubtedly still to come. In Sheep’s Clothing ties up some loose ends, but it’s really about creating Bigby’s mindset as final chapter draws closer. Or more accurately, letting players figure out what they want to do. Bloody vengeance, law and order – who is Bigby Wolf?

In Sheep’s Clothing is a bit short and not as shocking as previous episodes, but it is darkly unsettling and deftly sets the scene for the closing of this horrific case. And we’re left with one final cliffhanger. Standing in a room, surrounded by enemies. The question is: who’s getting out?