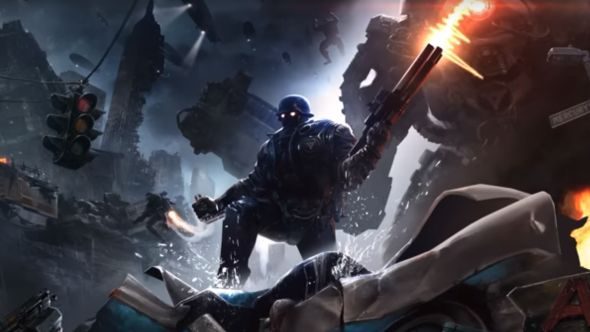 Out of nowhere, Bethesda seems to have stealthily released the Wolfenstein II: The New Colossus soundtrack on YouTube. In a move very unlike its chaotic, visceral shooter, the publisher quietly posted the soundtrack in its entirety last night.

It’s a slightly odd way to have brought the soundtrack out, admittedly, but Bethesda says that the official digital release of the soundtrack to BJ Blazcowicz’s second outing is set for June 19.

The soundtrack saw the return of Wolfenstein: The New Order composers Mick Gordon and Fredrik Thordendal. There’s also a new composer, Martin Stig Andersen, perhaps best known for his work on Inside and Limbo (and who also worked on the ambient music design for the upcoming Shadow of the Tomb Raider).

It probably won’t come as much of a surprise to learn that Wolfenstein II features on our list of the best FPS games on PC.

It all starts off reasonably innocent, with the theme tune to Blitzmensch – a 1950s-style children’s cartoon that Bethesda designed especially for the game), but, unsurprisingly, swiftly changes to something significantly heavier.

You can see the video below, although you might like to visit this ResetEra thread, which comes with a fully timestamped tracklist that’ll likely come in handy.

It’s a great soundtrack to a great game (check out our Wolfenstein II: The New Colossus review if you don’t believe me). And that’s not just my take on it – the OST secured nominations at both the New York Game Awards and the 2018 DICE awards earlier this year.