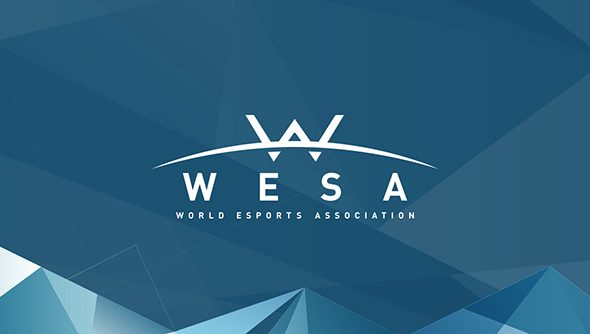 NB: In the time since we wrote this piece, North American team FaZe have left WESA over a lack of transparency, despite being offered at $150,000 sign-on fee.

The world of eSports has come along way from the 1990s when pro StarCraft was a niche within a niche to western audiences. Competitive gaming now draws international crowds in the tens of millions and is predicted by media forecaster Newzoo to be worth over one billion dollars by 2019. This is big business, but much of this growth has occurred in the last five years; a gargantuan expansion in a very short space of time.

Make your millions in eSports with the best League of Legends champions for beginners.

Dozens of leagues, tournaments and professional teams are now competing across a myriad of countries – and such rapid proliferation has had consequences. The money flows freely, but each of the cogs in the industry’s ever accelerating machine has flourished without any overarching body monitoring how they interact. It’s here that a brand new organisation hopes to fill the void and create a more coherent space in which eSports may flourish – meet WESA, the World eSport Association, a group formed by ESL to serve as a governing body and sit atop the pyramid of pro gaming.

The fact of the matter is that each game, and each league within that game, is involved in a grander competition – that for your viewing time and subsequent advertising revenue. These organisations have little reason to work with one another, but WESA is seeking to establish a framework which works to the benefit of as many parties as possible – what James Lampkin, Vice President of Programming at ESL, describes as ‘‘three core power brokers [teams, leagues, broadcasters] all at the same table making determinations about their own future.”

A large part of the problem, as Lampkin sees it, is the ever oscillating nature of esports where games become popular and then recede. “There’s this transition point where a game starts to fall off and another one starts to pick up and that’s where everything falls apart,” he explains. “The relationship between owners at the peak of games is pretty good – they’re all earning a lot of money – [but] as things start to fall off and new games are coming up, they get very very competitive and those relationships fall apart and you get bad contracts.”

Lampkin sees WESA intervening in these transitionary periods to protect the interests of players, as well as helping govern the state of play during the peak of an eSport’s popularity. 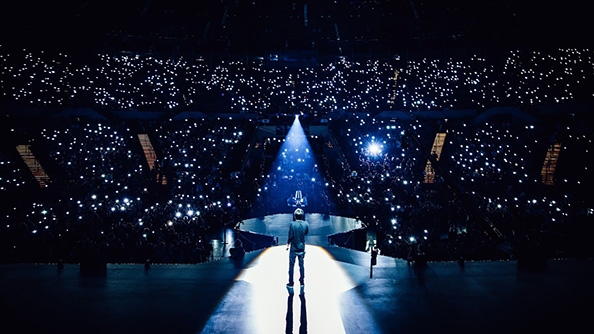 Additionally the reverse situation is also a concern for the industry, where players abandon their teams or fail to deliver on the terms of their contract. As Lampkin puts it: “[ESL has] seen literally dozens of cases of players saying, ‘Hey, I just don’t want to work for you any more – I’m out’ and there is no recourse.” The globalised nature of eSports allows players to retreat to countries outside of their team’s jurisdiction, escaping court proceedings.

If such situations were to occur under the watchful eye of WESA, which will extend across multiple territories, the organisation hopes it will be able to intervene with regulated responses, whether they be bans or some form of arbitration. “When there are no consequences, we’re in the Wild West. In order to have something that’s predictable, you need to have some kind of structure that people can rely on,” says Lampkin. Within his vision, players wouldn’t simply be able to hop on a plane, sign up somewhere else and carry on like nothing had happened.

According to Lampkin it’s this Wild West, along with a large dose of corruption, that originally killed StarCraft: Brood War as an eSport – the exact situation he wants to avoid. “I watched that scene die and get killed by match fixing. 11 or 12 players were implicated in a gambling ring and because of how bad it was all the sponsors pulled out and the broadcasters pulled out. The whole thing just shut down.”

Such circumstances are unsurprising when a huge amount of pro gamers are little more than teens and possess no experience of handling the complications that arise from money, fame, and contractual obligations. WESA also hopes to be able to create a stable framework in which players can receive guidance and investors feel less nervous – but as we’ve been shown time and time again in cycling, football, and myriad other sports, governing bodies are no cure-all for corruption. In fact, some would argue that large structures aid and abet such practices. 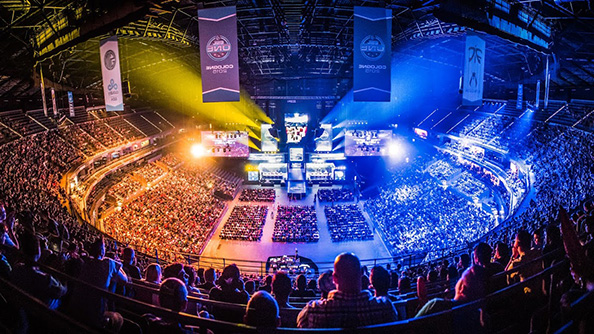 There have been grave concerns expressed regarding the inclusion of more parties in the decision making process within WESA. At the moment eight active CS:GO teams are involved in the association and the notion that participants can make decisions about how exactly tournaments function has, for some, left a bitter taste. If more teams choose to compete under the association’s umbrella, will they also receive an equal voice? If not, then some players will possess an advantage by partially dictating the rules that all must abide by.

In response WESA is keen to stress that defining the rules surrounding arbitration or tournament structure is not the same as controlling referee decisions during matches – which will be left, one assumes, entirely under the control of leagues themselves. At WESA’s press conference, and speaking subsequently with Lampkin, both reiterated that third parties outside of the eSports world would monitor its workings to keep everything inside the association’s walls above board.

However, when quizzed about the exact nature of these independent bodies, Lampkin simply states that, “[They] will be external parties… external law firms which will audit us” also adding that “[They have] built-in external auditing at a member meeting level and at an executive level.” What exactly this means on a practical level is far from clear, and such vagueness does little to inspire confidence.

Lampkin, along with his fellow founders, seem well aware of the scepticism shared by many journalists as well as eSports personalities across the globe, but when pushed on issues such as transparency and diversity, satisfactory answers are hard to come by. One gets the impression that the association’s ducks are in a rushed jumble, rather than a neat row. 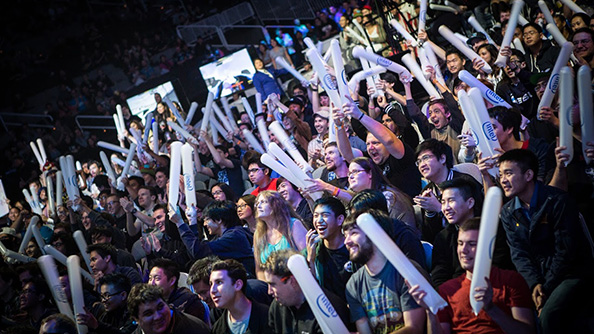 At the moment, the body is focusing exclusively on Counter Strike: Global Offensive, but hopes that the systems of good practice it implements there will disseminate throughout the industry as players, teams, and eventually leagues realise its benefits. Rather than a “hostile takeover”, Lampkin sees the process of WESA’s growth as an organic process. “The idea isn’t to bang on Riot’s door and say ‘we’re in charge’. ESL has good relationships because we do things cooperatively.”

However, this kind of soft talk has done little to assuage outside fears, Reactions from rival leagues and even some teams have ranged from cautiously optimistic to predictions of an eventual coup. WESA has been construed by some as an attempt by ESL to secure an unfair stranglehold on the industry by creating an institution which validates some practices and denounces others, thereby creating a space for ‘real eSports’ and ‘unofficial eSports’.

Lampkin offers this in response to the the organisation’s many naysayers: “Communication around WESA has been very negative, but what I would say to fans is: look at the organisations and the players that are engaged here. They believe in what’s going on, they don’t sign off on this because they’ve been paid off. We’re not gonna run everything, that makes no sense at all, we’re not gonna dictate terms to people, it makes no sense – the goal is to create new standards.”

WESA maintains that it exists to serve all of its constituent parts, and that players will always be free to participate in whatever tournaments or leagues they see fit. Celebrating the breadth and diversity of the scene, it says, is part of its MO, and providing guidance to players and leagues isn’t the same as owning the sports themselves. 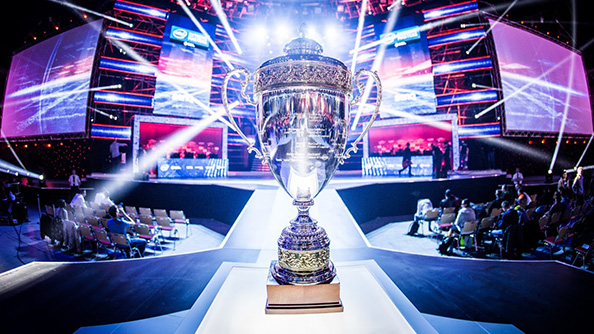 Of course, one only has to look at the world of traditional sports, where governing bodies such as FIFA rule supreme, to know that once governing bodies such are legitimised, and most of the participants in the industry subsumed, hegemony is rather unavoidable. In fact, a sports association requires substantial, real power – such as the ability to punish and to establish rules and regulations that will be obeyed – in order to be effective. A toothless guard dog is no guard at all.

Lampkin maintains that WESA’s position is more delicate, telling us that “If the players and the teams don’t like it, it’s over,’” but without a doubt it’s the looming spectres of older organisations such as the infamous football association, which are as influential as they are corrupt, that has many players biting their nails.

As it stands, whether you’re playing StarCraft II in the ESL or League of Legends in the MLG, the pillars of professional gaming stand on foundations of trust. Trust that players will honour their contracts, trust that team managers will treat their stars with respect, trust that match-fixing isn’t happening behind the scenes. Organisations like Riot possess their own rules of conduct which are often enforced with an iron fist, but as long as the book of law within each league and each organisation remains an isolated message, the power they can exert to shape the culture as a whole is limited.

The big question is whether the structure that WESA is proposing will improve the situation, or simply change the face of the problem. It seems that notions of ‘fairness’ across the industry differ wildly, and for some, the power triad of players, teams, and leagues further muddies the waters of an already polluted stream. However it’s not like the association’s detractors are presenting any alternative solutions to the current predicaments, and though WESA might not become the industry panacea it hopes to be, it is at least bringing to the fore the many obstacles that eSports is destined to face in the coming years.