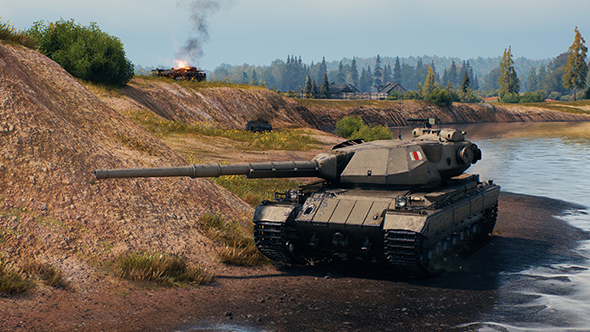 With the 1.0 launch of World of Tanks, any doubts about the success of Wargaming’s free-to-play combat title have long since been erased. But don’t expect development to end any time soon. In fact, the developers have plans to continue supporting the game for the next three decades.

Wargaming CEO Victor Kislyi tells us that early in development, the team thought the game might be around for two or three years, or maybe a bit longer. “Five is the magic number, after five we would have to do something different. It would die off, people would stop liking tanks, et cetera.”

Now we’re coming up on the eighth year since World of Tanks sprung onto the scene, so those early estimates were obviously a little to conservative. Kislyi says “It’s gonna be another 20 or 30 years. That’s what, now, we realized.”

It’s a base of loyal players that have given Wargaming confidence that they can continue expanding World of Tanks in the years (and decades) to come. “We have a so-called ‘core’ – these people who never leave. They like the game after ten weeks and then they stay forever. It’s like watching the Simpsons, right? 30 years now. Or South Park. For us, it’s a very clear signal: keep going.”

It’s an ambitious plan for the game, but if any title is successful enough to justify that confidence, it’s World of Tanks. For your reference, current thirty year old games are titles like Mega Man 2, Pool of Radiance, and Phantasy Star. A living game like EverQuest has already lasted close to twenty – though it’s certainly winding down – but can a game truly last three decades? I guess we’ll find out, assuming we live that long.