World of Warcraft’s Legion datamining has finally hit the motherlode – the various abilities, changes and upgrades that will be coming when new artifact nodes are unlocked via the levelling and endgame process throughout the expansion. Beyond a very brief glimpse during Blizzcon, this is the first proper glance we’ve had at how powerful this new progression system will be and what the philosophy behind it is. The answer, it seems, is unique effects coupled with flat percentage increases.

World of Warcraft takes pride of place in our picks for the best PC games ever.

MMO-Champion has the hot scoop, listing off not only many of the new nodes but the layouts and an assumed path by which they’re acquired too. Each spec has an initial trait where they enter the web. This is immediately followed up by sets of minor traits in various directions, branching towards three major ones. The minors are mostly dull-if-useful flat increases to damage, cooldown reductions and so on – they make you fight better by an amount you won’t notice, but will mean things die faster – while majors are more interesting.

They might make certain high-power, long-cooldown attacks have a chance to proc off your basic attacks or add a falling Thunder God to one of your spells. Make your shield erupt in flames whenever its struck or a vital channelled spell cause you to be invulnerable. Those, as you can imagine, are the money and will prove a massive challenge to balance along with the revamped talent system adding a lot of new variables.

It’s all non-final of course. Some traits have not yet implemented tags, there’s lots of placeholder numbers everywhere and certain specs don’t have any data at all. We also don’t know exactly how different parts will be unlocked, and MMOC admit to “interpreting” the data, so it might not be accurate at all. I’m thankful for this because Protection Warriors, and tanks in general, have continued their expansion theme of looking boring as hell. How’s your spec doing? 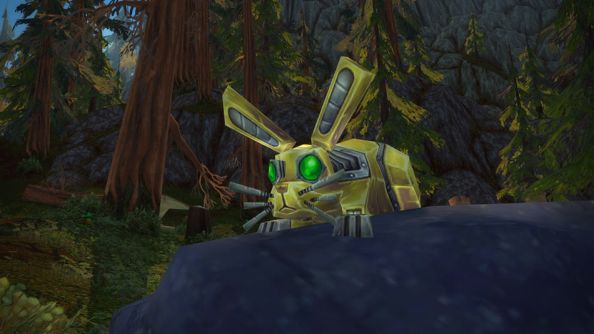 Update, 25th Nov 2015:As we march on towards a still-mysterious-but-probably-next-week beta date for World of Warcraft’s Legion expansion, more and more details have been coming out from those with the know-how and time to datamine the files. Blizzard have also played their part, officially revealing Gnome hunters after tweets hinting at it in the past couple of weeks.

You can read the post about the new Hunter race here. They come with the news that Hunters will now be able to tame mechanical pets, including the above-pictured mecha-bunny. The engineering profession will go hand-in-hand with these new pets, giving tools to capture them and the required mechanical bits and pieces to keep them healthy and happy. So to recap, this expansion Hunters are going from ranged-focused animal-lovers to Spear-wielding maniac engineers with custom-built terror mechs that throw harpoons to drag themselves to enemies.

As for the data-mining side, MMOC and WoWHead have both been hard at work getting lots of quest text and model files out of the client and into your eyeballs. The former means we now know the direction the plot is going in the first few levels past 100, including major character deaths and new faction leaders. Cast your eyes this way if you can handle the spoilers. Meanwhile, the MMOC YouTube channel has various new weapon and character models in nice spinny videos or head back over to WoWHead for their in-browser model viewer, which contains every single NPC they’ve managed to find so far.

As mentioned, current rumours put the actual Beta starting some time next week, possibly on Monday after an announcement later this week. Currently a slightly modified version of the Blizzcon build is available, giving access to the Demon Hunter starting area I played there. It’s good, and there’s playthroughs of it a-plenty hanging around on YouTube and Twitch archives, but only about an hour long. 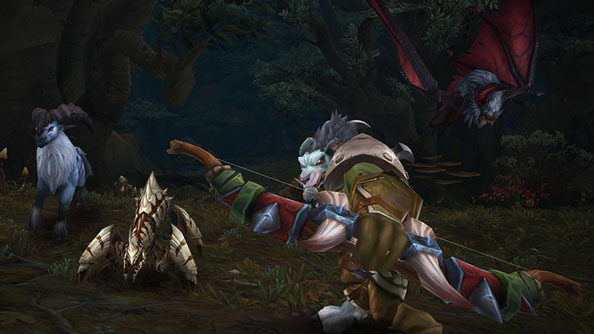 Original Story, 20th Nov 2015:Blizzard have turned on the servers that will provide patch data for the upcoming World of Warcraft: Legion beta test. This not only means that, as confirmed during Blizzcon, the beta can only be days away with rumours that it could start as early as tonight, but datamining has begun on everything from quest titles to new models to faction descriptions. There’s a lot of stuff in there that hints at story and game details, so consider yourself warned for spoilers.

MMO-Champion and WoWHead are the places to check for all your datamining needs, and both have unique information at time of writing. As you can see from the above, MMOC have good shots of new models. Sylvanas has had a patch of leather bolted over her famous midriff and the new, far fierier Lich King pops up as well. Here’s the raid boss version of Ysera that will feature in the Emerald Nightmare zone, a corrupted mirror of her normal, calmer self. Plus: tiny lil’ Naxxrammas.

Meanwhile, WoWHead’s managed to get descriptions of various new Scenarios – instanced areas for small groups or individual players, like Warlords of Draenor’s opening charge through the dark portal – that hint at where some of these models may be used. The various artifact weapons that classes and specs will be collecting at the start of the expansion to use throughout will each have their own unique event to acquire. One of the Death Knight ones involves heading to Icecrown Citadel and presumably encountering that new Lich King. Hunters will be grabbing Sylvanas’ bow after the still-mysterious events at the Broken Shore leave her unable to do so, it seems.

There’s loads more. Details on how professions will be working, with even gatherers getting a more complex progression system than simply grinding their skill upwards. The current layouts of each region are available, including how they look on the world map. Specifics are missing, but there’s a lot of interesting tidbits to dive into if you’re a fan. It’s all non-final of course, and much of it may be coming from deeply buried files that are no longer planned to be used. We’ll know more once the beta goes live.