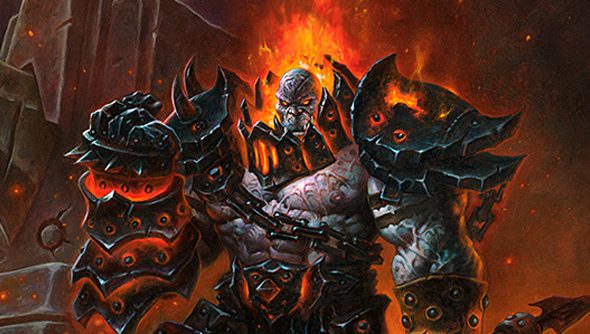 All over the world Blizzard fans are eagerly installing World of Warcraft: Warlords of Draenor. They’re going to be exploring the new landmass, Draenor, building their very own NPC-populated stronghold, and, of course, racing to get to level 100.

Blizzard have provided us with five Warlords of Draenor Collector’s Editions to give away. And we ask only one small thing of you to get one of them.

Write us a haiku

About the new expansion

And why you must play.

A line of seven.

Here is one I made,

Just as an example.

I won’t leave my computer

Until I reach it.

Had too many pandas and

We think Draenor is

The perfect time to get back

Into WoW. Read why.

This contest is for

Residents of the UK

Update: Thank you everyone who entered. We have our five winners. Drumroll please:

I will help solve this.

And I turned to them

As we rolled the dice of chance

Mind if I roll need? Butthurt,

you leave the instance

But at least I have chicken.

(Although Scotto’s haiku has two too many syllables in its last line we thought this was in the spirit of Leeroy Jenkins.)

Thank you again to everyone who took part. Winners, there should be an email from Julian in your inbox shortly with the details of the next stage.