Battle for Azeroth is bound to bring long-time World of Warcraft players back into the grind when it drops this August. Expect folk to be pulling all-nighters as they feverishly consume quest content and start pushing towards Raid progression and Mythic-level dungeons.

But what about those of us who don’t have time to be that dedicated? Well, interestingly, Blizzard have added a new mode for anyone who can only spare minutes at a time to visit Azeroth.

Battle for Azeroth will blur the lines between Horde and Alliance.

Island Expeditions are a new feature in Battle for Azeroth that see two teams of three go head-to-head to collect the most Azerite (a magical resource that emerged when the world was stabbed with a very large sword). 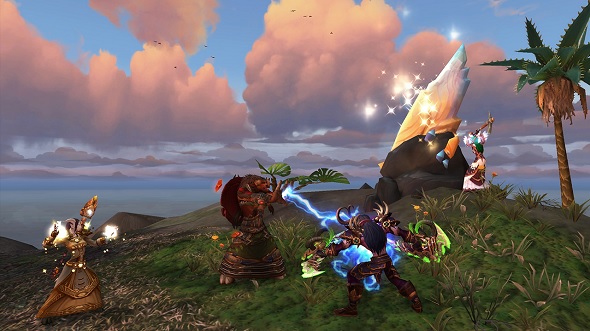 They work like this: Players queue to join the scenario, picking a difficulty and whether they want to play against another human-controlled team – if not, AI-controlled opponents will roam the battlefield. Dropping anchor off the coast of one of several islands – selected at random – teams race to collect 6000 pieces of Azerite before their opponents. These can be gained by looting treasure, killing monsters, and downing bosses.

As Azerite nodes are depleted, teams are naturally brought into conflict with each other – fighting over the last scraps. But more exciting are the dramatic changes brought about late in the game – environmental effects that up the stakes and throw powerful bosses into the mix. In the rounds I played, fire elementals caused volcanoes to burst out of the sands, shooting molten rocks around the most lucrative resource nodes. Burning gateways appeared to teleport players into an underground cavern where, it turns out, an Elemental Lord awaited to test their mettle.

What’s great is that all this only takes half an hour at most. The beauty of Island Expeditions is in the way they condense the entire experience of playing World of Warcraft into a bite-sized chunk – something that could be run through in a lunch break. Boss fights are simpler than their top-tier Raid counterparts, and PvP encounters last seconds at most – usually, that would be frowned upon, but in this instance that short time to kill is great. Not everyone has time these days to spend entire evenings banging their heads against a single progression fight.

There’s still room to work things out. The current pool of maps could easily wear out its welcome. Strategies never really break away from circling the map as quickly as possible, killing everything in your path. I’d love to see new maps that break up the flow, encouraging tougher decision-making – and, with the precedent set through map-events, I’d love to see wilder alterations to the Island Expedition formula. 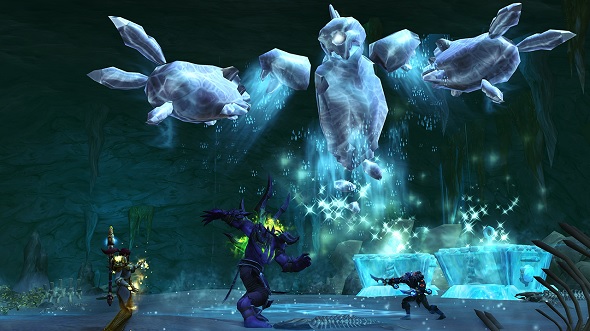 But these short, team-based activities are a great addition to WoW’s catalogue. The Blizzard line-up is full of short, punchy experiences. From finding room for a couple rounds of Hearthstone, to checking out the new Overwatch Brawl, there’s plenty to fit into a half-hour lunch break.

Until now, World of Warcraft hasn’t really fit into that space. Getting together the perfect Rated Battleground team, or grinding out progression raids to take on colossal, endgame bosses, might be more rewarding in the long run, but it takes hours of commitment. But World of Warcraft is an old game with a vast and maturing player base. Many don’t have time to keep up with the content cycle. Island Expeditions give those people the opportunity to experience World of Warcraft in more manageable chunks.