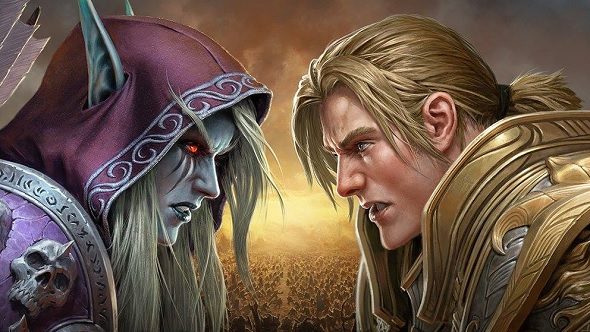 Ask any World of Warcraft player what their preferred faction is and they will tell you without hesitation. Battle for Azeroth promises to foster faction loyalty further in Blizzard’s MMO by bringing the long-standing feud between the Alliance and the Horde to the forefront once more.

Battle for Azeroth will be a difficult tonal shift for World of Warcraft.

Blizzard have always made it easy to take sides by drawing a distinctive line between the two factions. Each has their own low-level zones and capital cities – complete with unique architecture and mounts. There were even faction-specific classes back in the days of vanilla WoW, with the Alliance getting exclusive access to paladins, while Horde players could choose shamans – it wasn’t until The Burning Crusade that these faction restrictions were scrapped altogether. 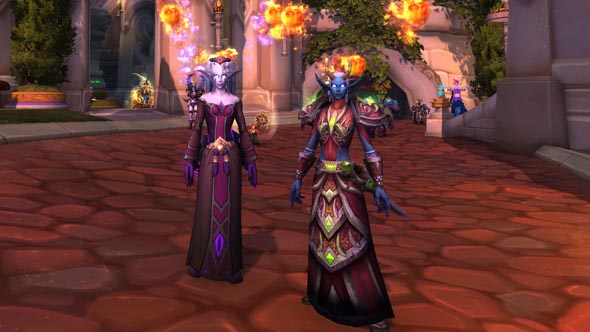 What hassustained since 2004 is both the Alliance and the Horde having their own unique races, each having lore and carrying attitudes that compliment their faction: the Orcs are defined by their bloodlust as their battle cry “Lok’tar ogar” – literally “victory or death” – encapsulates. You have also always been able to recognise what side a certain character is on by their appearance – the exception being the Pandaren – but that is about to change.

There is a lot to be excited about with the introduction of Allied Races in Battle for Azeroth, as datamining continues to reveal more of what this will entail, and we figure out which of the playable races remain undiscovered. Two of the new races, which are already available with the pre-order,stand out as potentially upsetting the distinction between the Alliance and the Horde – at least in terms of their appearance.

The Void Elves have joined the Alliance, a race that uses the same character model as the Horde’s Blood Elves, with the only differences being to eye and skin colour, plus a handful of new hairstyles. On the other side, the Horde gets the Nightborne which, while not a reskin, are undeniably similar to the Alliance’s Night Elves. The stance is different but the similarities are unavoidable. 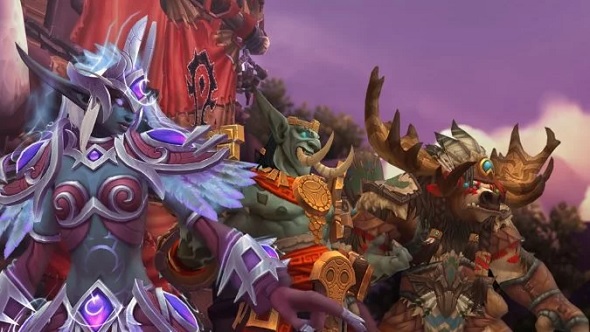 While the decision to have these races join the opposite faction to their counterpart is not likely to have any real impact on current players – there are many reasons for choosing sides – it may feel like a metaphorical slap in the face to those who chose their faction based on race exclusivity.

It is clearly not game-breaking and, arguably, makes sense from a lore perspective, but this is the first time since The Burning Crusade that WoW has taken something as big as a race from one side and handed it over to the other. Seeing what essentially looks like a Night Elf AFK-ing outside of the auction house in Orgrimmar, surrounded by a bunch of Orcs and Trolls, is going to take some getting used to.

Aesthetics aside, there is also the concern of what will happen with Allied races in the long term and the impact this will have on the global Alliance/Horde ratio. While they are currently locked behind various prerequisites, including having an existing level 110 character, will these requirements be lifted in the future? 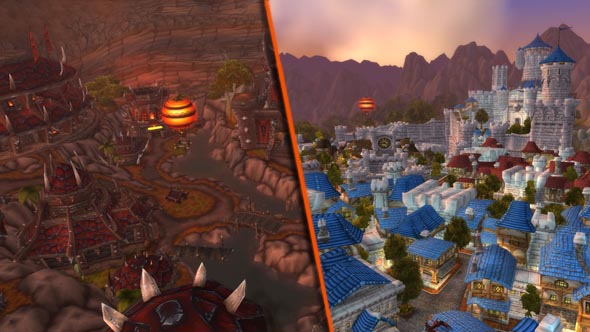 It would make sense to keep some type of restriction in place. With Humans (Alliance) and Blood Elves (Horde) being the most popular races and coming in almost even in numbers, Blizzard might risk tipping the balance of what is essentially a fairly even faction splitif new players can create Allied Race characters from the get-go.

Whether you’re drawn to the honour and discipline of the Alliance or the harsher qualities of the Horde, let’s hope that those distinctions remain intact and that the Nightborne and Void Elves aren’t setting a precedent that will see more and more of the faction-specific races crossing over.

As the Battle for Azeroth launch date draws closer and faction rivalry is stirred to an all-time high, now is not the time for World of Warcraft to start blurring the faction boundaries that have been kept crystal clear.