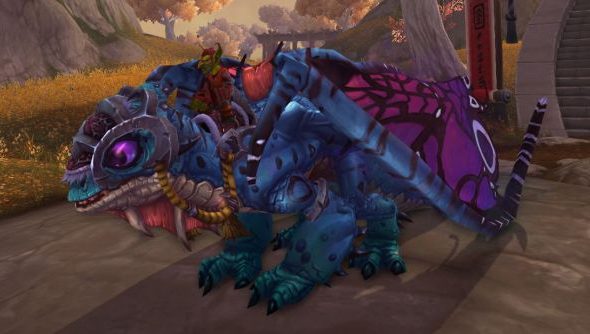 It’s always been expected that Blizzard would eventually patch in the ability to fly again in their latest expansion, Warlords of Draenor. But in a recent interview with Polygon, lead designer Ion Hazzikostas has gone on to say that not only does Blizzard not intend to put flying back in Warlords of Draenor, but any future expansion too.

“At this point, we feel that outdoor gameplay in World of Warcraft is ultimately better without flying,” explained Hazzikostas. “We’re not going to be reintroducing the ability to fly in Draenor, and that’s kind of where we’re at going forward.”

Speaking to Polygon in an interview about the upcoming 6.2 patch, lead designer Ion Hazzikostas reasoned with the removal of flying mounts.

“Having looked at how flying has played out in the old world in the last couple of expansions, we realized that while we were doing it out of this ingrained habit after we introduced flying in The Burning Crusade, it actually detracted from gameplay in a whole lot of ways,” Hazzikostas said. “While there was certainly convenience in being able to completely explore the world in three dimensions, that also came at the expense of gameplay like targeted exploration, like trying to figure out what’s in that cave on top of a hill and how do I get up there.”

The common example of flying being an issue for the designers, is the ability to fly over obstacles and threats. A quest might intend for you to battle through a mass of enemies to reach your destination, while having to contend with environmental hazards along the way. But if you had access to a flying mount, you can just skip all of that altogether.

Flying is nevertheless, going to be missed – certainly on the forums, the reaction from fans and players isn’t overwhelmingly positive. Some of the rarest mounts in the game are ones that can fly, and if what Hazzikostas says is true, players will only be able to see their flying animations in expansions distant past.

What’s your take on it all?