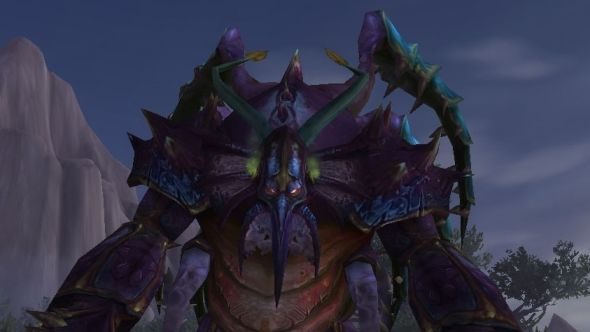 Update September 14, 2016: Players are reporting that the orbs required for Kosumoth are now clickable by multiple people, removing the bottle necks.

A week after the original discovery, hundreds of players are still struggling to progress with the Kosumoth mount and pet due to the massive number of people attempting to do it. Now, although it wasn’t mentioned in the most recent hotfix notes, players are reporting that multiple people can click the orbs.

For our thoughts on the game as a whole, check our Legion review.

We’ve tested this ourselves on EU servers at the dreaded sixth orb, which proved a stopping point for many. Thankfully it worked and by tea-time we’ll have our very own tentacled mount.

Meanwhile, there’s confirmation of it working on the US side via the MMO-C forums. Whether the hotfix was hidden to maintain some amount of mystery around the items, or if it not being live in all regions yet meant Blizzard didn’t want to mention it, we don’t know. But: go get it if you want it.

You won’t have to click on the orbs you already got again, as it has a permanent timer rather than a weekly one. It looks like the pet is still dropping in the US and the mount in the EU, rather than having switched. Whether that assignment is permanent or a longer cooldown, we’ll have to wait and see.

Update September 8, 2016:After the mass publicity of the original discovery, two chokepoints have made it almost impossible to progress the quest for average players. Blizzard are working on a fix.

As beautiful a thing as a secret like this is, once it was found everyone wanted a piece. Hundreds of players are now after the unique mount and pet via the same orb-collection path and it’s creating problems in a system that was clearly never tested with so many people. Blizzard are working on a fix, but it’s yet to be implemented.

The major problems come with the sixth orb, located in a cave under a broken statue far off the coast of Stormheim. Here the orb is surrounded by deadly jets of steam and is so far off the beaten path it’s technically a part of the greater world map rather than any specific Broken Isles zone.

That might not sound like a problem, but it means that Blizzard’s cross-realm technology is in full affect, meaning there are up to fifty people per server shard all in the same spot, trying to grab the orb. Combine that with the long cooldown time on clicking it, likely implemented to further obfuscate the original secret, plus trolls and you have a recipe for total blockage. While one player per shard will be able to move past it every half hour or so, only the most dedicated, or lucky, have managed it. The same is true on orb nine. 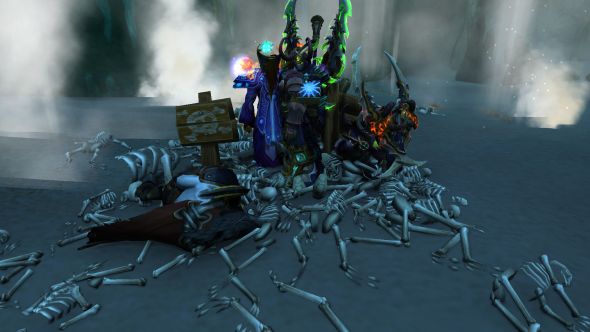 Blizzard tweeted that they were working on a hotfix yesterday, though as of this morning it hasn’t been implemented, at least on EU realms. Notably, the rolling hotfix poston the official site lists “An unintended increase in player population in certain zones, notably Class Halls, has been fixed.” This also doesn’t seem to have come into affect on EU, at least based on the state of my class hall, so it’s possible that once the server team over here kicks into gear – it’s around 10am in Paris, where they are – it and the orb fix (assuming they aren’t one and the same) will be put live.

If you’re not waiting, good luck. Take a healing class so you can get yourself back up to full after a steam hit. Oh, and windowed mode plus Netflix is a good antidote to boredom. Here’s a video of the mount you’re after, via MMO-Champion, to keep you motivated:

Original story September 7, 2016:The devs told us thatLegion’s secretswould be hard to find, but one set of players just spent an entire day looking in the Broken Isles’ smallest cracks and crannies thinking they were after a special mount – and instead unlocked a world boss for all realms. Here’s what happened.

It all starts with a pink and purple hippogryph mount added to the game multiple expansions ago. The model was originally datamined out of patch 2.3, towards the middle of the Burning Crusade expansion in November 2007, almost nine years ago. Since then people have been hoping it would be tied to an item, which it finally was during the Legion alpha under the name Reins of the Long-Forgotten Hippogryph.

Fast forward to yesterday and folks were still looking for how to unlock it. Super-hidden caves – often requiring three levels of obfuscation to find, including one behind some kelp through a crack in the deck of a ship buried in the middle of the ocean – contained mysterious orbs. Scouring the land, ten were found in total, with the help of a map made out of doodads and detritus sitting next to an NPC called Drak’thul. As you may have now guessed, he is also hidden in an inhospitable part of the world nobody has any interest in getting to, the very south of the Broken Shore where most of the game’s faction leaders met their defeat last month. 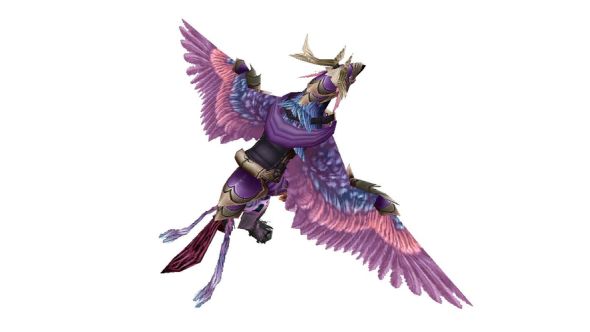 Bringing Drak’thul a nearby relic and clicking on the orbs causes him to speak in Old God, the language of Azeroth’s vice-big-bads, second only to the Burning Legion in terms of ‘oh we are so screwed’-itude and generally assumed as who we will be going after next. So, find the orbs, click them (in the right order, which had to be manually discovered by the 40-person raid of players hunting by this point) and get the mount?

“Haha, no” says Blizzard, the correct sequence spawning a massive, deadly world boss called Kosumoth the Hungering on the oddly unused Eye of Azshara island in the southern part of Legion’s map. While it’s accessible as an instance, it also has a flight path, which had me questioning its point last week but not having had the time to explore there. Now we know.

In an interesting twist, one player doing this on a server will seemingly unlock the boss for all players in that region, meaning the joint adventures in the US and EU caused him to be available everywhere now on a fairly quick respawn timer. It’s unclear if this process will need to be repeated weekly, monthly or if it is a one-time thing that will now live in legend. There was even a region-wide message broadcast to all players that Kosumoth had arrived (to devour Azeroth, it seems) so everyone could go stop him. 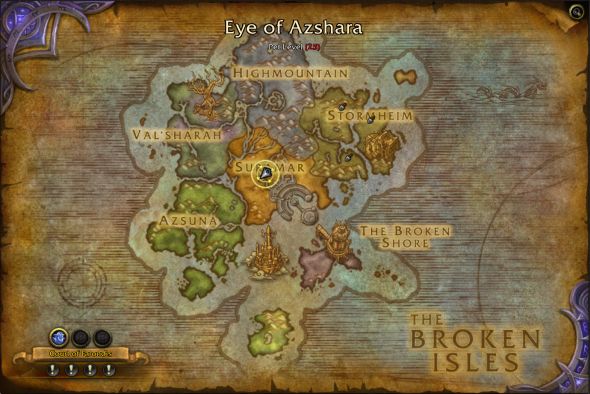 Drops-wise, there’s both a battle pet and a mount attached. It seems you have to go through the full unlocking process yourself, then wait for the next world quest reset get one to kill him. Once you do, you’ll get either the pet or the mount. Unfortunately, it’s currently basically impossible to finish the orb chain as many players are now attempting it. The sixth orb, located in northern stormheim, doesn’t have cross-realm protection on it as others seem to, meaning you’ll be beaten to the punch almost immediately. The orb is also surrounded by deadl traps, meaning you can’t simply idle next to it and get lucky. Hopefully this is hotfixed soon.

Communication for the search was done via Wowhead comments, particularly this thread. That has all the orb locations and what order they should be clicked in. A summary was also posted on Reddit a few hours ago. One player even had a chat with the person that unlocked Kosumoth for the first time.

Given what was said by Jeremy Feasel about secrets, it feels like this probably isn’t the last of this style of adventure. Many of the hidden artifact appearances and affects are yet to be found, with some as simple as killing the right mobs while others prove more elusive. There’s also still no sign of that Long-Forgotten Hippogryph either. However, given this only took a week, it can’t be that long until we find out.