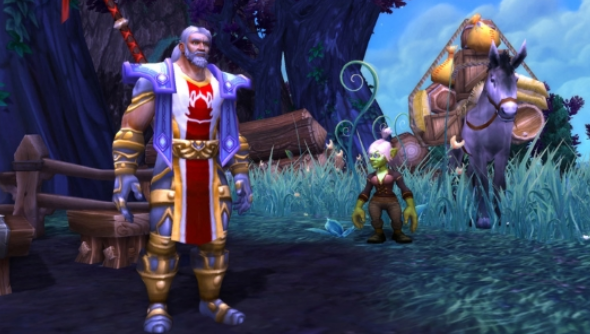 Ask anyone who their favourite Warcraft character is and there’s a typical collection who are likely to crop up. Orgrim Doomhammer is one, and we already know he’s in the Warcraft movie thanks to these great CGI images. But another name is very certainly Leeroy Jenkins. Perhaps not quite as lore friendly as purists demand, but a fan favourite none the less.

It’s no surprise then that he almost made it into the movie.

Showing off a draft of his original screenplay on Twitter, script writer Gary Whitta said that the infamous WoW meme was going to be added to the film as an in-joke scene. Naturally, Jenkins was going to be seen running into battle a little early.

Leeroy Jenkins was actually in my original draft of the Warcraft movie. And yes, he ran into battle too early. pic.twitter.com/G8bO4KmU6j

Whitta is no longer scriptwriter for the movie, and the draft has since been re-written many times, with the final script a collaboration between director Duncan Jones and Charles Leavitt. Whitta’s original script set the action in the Thrall-era of Warcraft’s history.