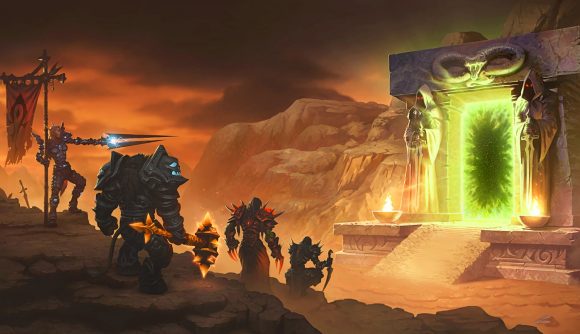 A dedicated player has spent around a year and a half levelling 60 characters to level 60 in WoW Classic, even wrapping up two days before the Burning Crusade server went live.

Reddit user Rommildrey explains on the MMORPG’s subreddit that they initially started by levelling 100 characters to level 100 in World of Warcraft’s Warlords of Draenor expansion. It was easy enough to do thanks to the ‘recruit a friend’ feature, heirloom gear, and a “more smoothed out” levelling experience, but it wasn’t satisfying, they say. Rommildrey finds that that levelling in vanilla World of Warcraft is the slowest and hardest it’s been in the series, so they were instantly drawn to the challenge of raising 60 characters to level 60.

“I was motivated the whole way through because I knew that I wanted to do it, I knew it was going to scratch that itch and make me stop wanting to do big insane projects like this,” they say. “I think it worked, I only kind of want to do 70 70s for Burning Crusade.”

Rommildrey also got a good deal of loot in the process. They say they nabbed three pairs of Edgemasters, one Warden’s Staff, two Glowing Brightwood Staves, and “probably 45-50 other random epics worth very little”. If you’re looking for a more specific time breakdown, Rommildrey says that they spent about 316 days on the project, including banking and transferring items. But was it any fun?

Leveled 60 characters to level 60. It took about a year and a half and finished 2 days before pre-patch. No boosting, no questing, just grinding rested exp. from classicwow

“I love grinding, so to me, it was basically just a super chill grind the whole way through until I was nearing the end and closer to pre-patch,” the WoW Classic player explains. “Going mob by mob means I had a lot of free time to watch shows, movies, listen to and discover new music.”