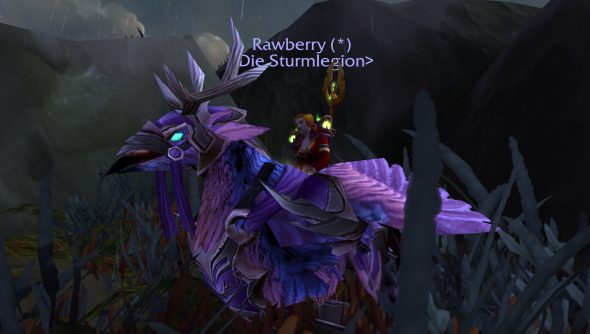 Discoveries come in pairs. After the discovery of Kosumoth and the ensuing chaos as everyone and their champions went off to kill the new world boss, a dedicated group were still trying to work out the initial World of Warcraft: Legion secret – where were the pink and purple Reins of the Long-Forgotten Hippogryph? After another 24 hours of searching it’s finally been found, and the key is just as complex as you might imagine.

For more, have a check of our WoW: Legion review.

To get the mount yourself you need to find five crystals in the Azsuna zone, and click on them within eight hours of each other without dying. Here’s the list of where they were originally found, with co-ords and images from the team of players that was looking for them, most notably player Cortyn: 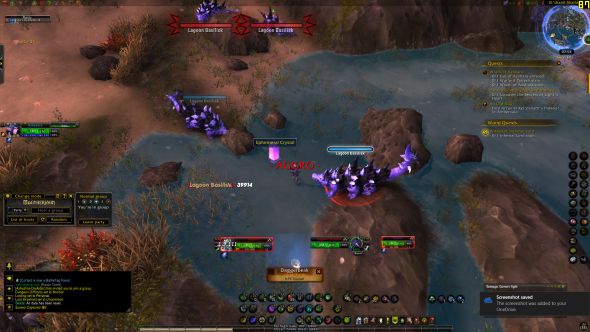 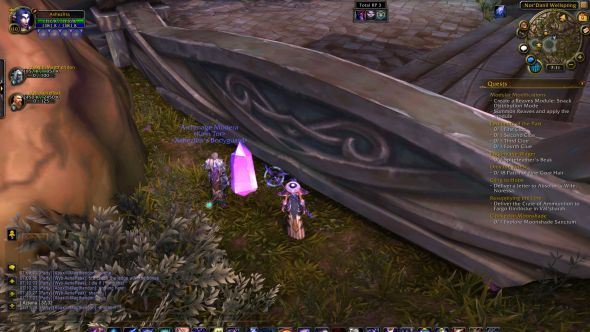 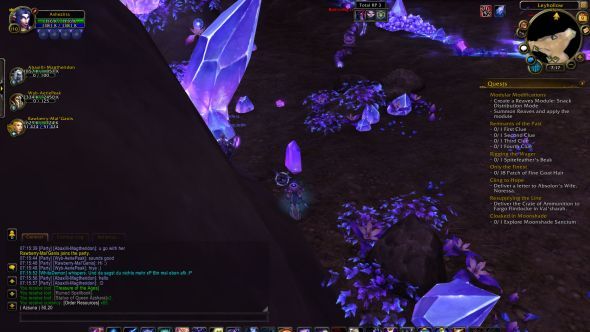 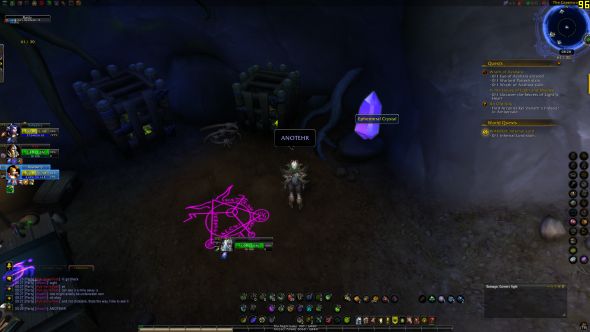 Near the southern cove at 47, 62. There’s no picture of this one, but you can see where it was found below. 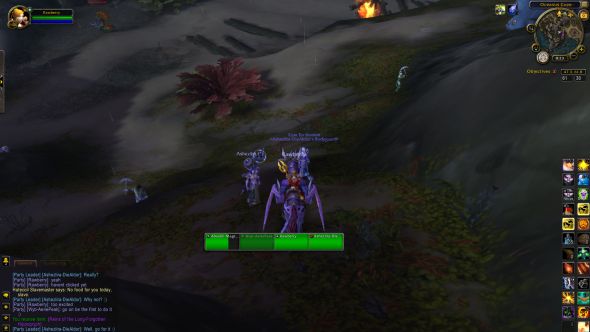 Plus here’s a full map: 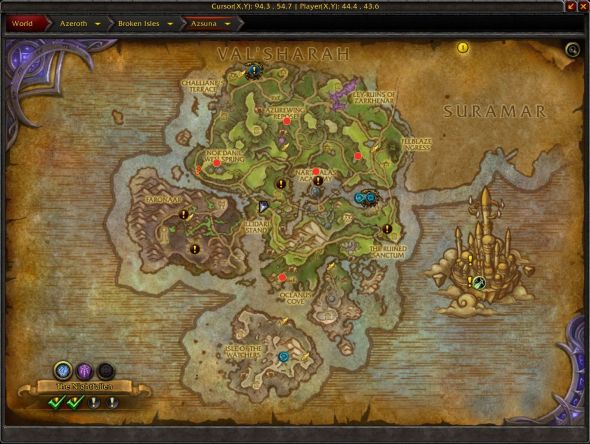 All this was found via some expert database snooping by player Solveig, who found the Ephemeral Crystals were added in later builds of the game. He says that “The existence of the crystals were discovered after a user posted the Wowhead link for the Summon Long Forgotten Hippogryph spell. Someone then mentioned the spell was listed in WoWDB with crystal auras being canceled. I then checked the Wowhead entry for the aura dummy and noticed it was on an 8 hour cooldown, after spending time combing WowDB for crystals added in builds closeby to the patch, then expanding my search in later builds after noting Hungering Orbs were added after their respective mounts for Kosumoth.”

Once that info was known, a Discord channel was createdby Wowhead commenter Blackfaded along with fellow player Língongrova. Everyone in there put in the effort and discovered the crystal locations, particularly member Charliemop, eventually finding the mount itself.

The challenge, it seems, is getting the crystals to spawn elsewhere. Upon finding all this out I went exploring for them, but they aren’t there. Theories range from it being a daily reset per region or per realm, to them requiring a certain amount of reputation with Azsuna’s faction to appear. Player Rawberry was the first to find all the crystals, but since then they’ve been much harder to locate for other players.

It’s theorised that the spawn time isn’t that long – maybe tied to server resets – but there are multiple more locations possible. A player contacted Wowhead to give them this map of every possible locale they’d figured out so far. 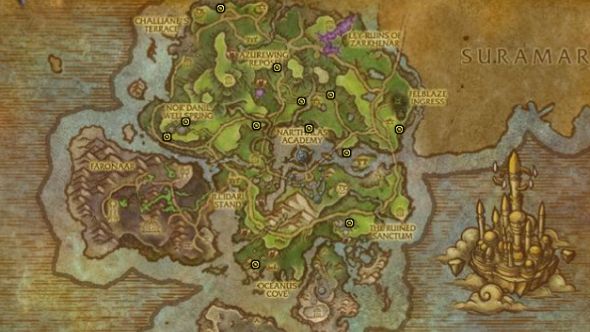 Now that the secret is out, the precise solution will doubtless be discovered soon. For now, debate continues in the Wowhead comments section.