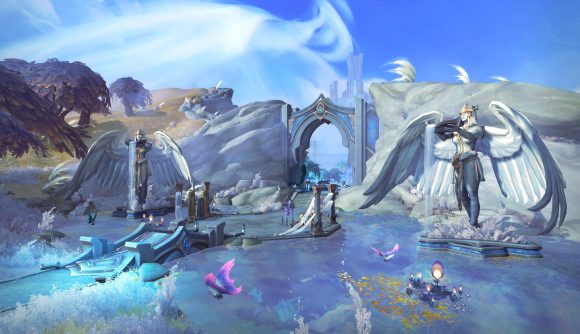 If you’ve been enjoying your MMORPGs on an aging potato of a gaming machine, you might want to pay special attention to the World of Warcraft: Shadowlands system requirements. The minimum and recommended specs are once again increasing with this expansion, moving up to a new generation of CPUs and GPUs. But it’s more likely to be your hard drive that needs an upgrade.

The biggest change is that an SSD with 100GB available is now listed in both the minimum and recommended specs, as the folks at Wowhead note. Previously, SSDs were recommended, but not listed as a minimum requirement. It’s unlikely that you’ll be barred from installing Shadowlands if you’re on a traditional hard disc, but be prepared for even longer loading times.

The WoW Shadowlands release date is scheduled for October 27. Can you run it? Check the World of Warcraft system requirements on PCGameBenchmark.