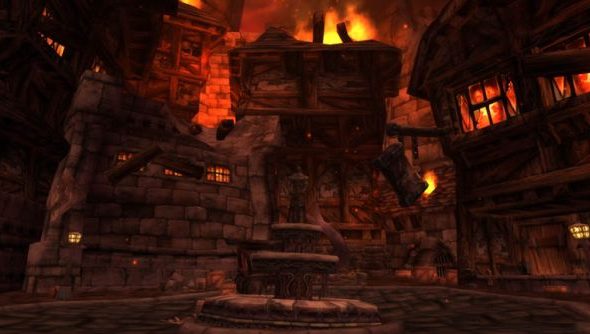 The ongoing vanilla server debate is a must-raise topic when talking to the World of Warcraft team. And while game director Tom Chilton has nothing new to announce on the subject as the team continue to go through final prep on Legion, he did reveal that he and some of the WoW team went on Nostalrius and played through a classic dungeon.

Here are our picks of the best MMORPGs to try.

“We got to play on the server for a little while,” he divulges. “It’s really cool, they did an incredible job of building an experience that feels classic and authentic and that’s incredibly hard to do. The painstaking effort it takes to research old videos to try and figure out what the data was because it doesn’t exist anymore so you have to pull it out of the nether to put that experience together.

“The leadership team got together and we did a Stratholme run. John Hight [production director on WoW] was a Hunter and had a level eight pet and pulled half the instance, wiped us a few times. It was like, ‘why is the whole instance pulling? Oh it’s your level eight pet!’ J [Allen Brack, VP and executive producer] was our priest, he’s like [casting buffs] and then sit and drink for 45 seconds, cast again, sit and drink,” he chuckles. “It’s funny, we laugh at all that but it was a very moving experience because it’s nostalgic and we all have very fond memories of playing that, that’s when we were hardcore and all that stuff.”

Chilton also explains his current thinking on the idea of legacy servers themselves. “I think it’s something that interests Blizzard and we’ve always had the thought that it would cool to do a classic server or a Burning Crusade server or a Lich King server or whatever.

“It’s difficult to pull off and the real cost in terms of our ability to do stuff for the existing game or our ability to do other new projects would be meaningfully affected if we decided to put our resources behind that. Unfortunately, it’s not just the push of a button.”

It’s also worth noting that the entire file structure of WoW has been altered since those days, as well as the passage of time meaning various details have been lost. When talking about the real cost, Chilton means that a team of people to run this server, even one individual, would be taking away from other projects they could be working on. Naturally, it could be done by the existing WoW team, but then would then delay Legion and whatever comes next – something the already-existing and large retail WoW playerbase probably wouldn’t be too happy about.

The question is whether a vanilla server – or one based around one of the game’s earlier expansions – might be able to ‘pay for itself’ and be a profitable enterprise. Even if the sales or sub numbers of a legacy server were worth it, the intangible loss in value of running two different versions of the same game could be large. Even with the Nostalrius team’s recent meeting at Blizzard, the big blue will want to see how Legion does before making any serious decisions.