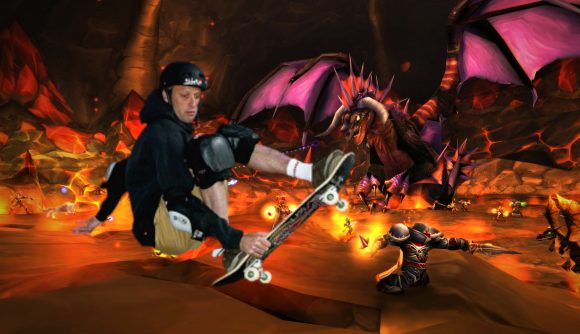 The studios which made World of Warcraft and the modern Tony Hawk and Crash Bandicoot remakes are now one and the same. Activision has announced that it is merging Vicarious Visions into Blizzard Entertainment, where it will support “existing Blizzard games and initiatives”, and no longer develop games on its own.

“After collaborating with Vicarious Visions for some time and developing a great relationship,” an Activision rep tells GamesIndustry.biz, “Blizzard realized there was an opportunity for [Vicarious Visions] to provide long-term support.” Vicarious Visions’ roughly 200 employees will now be part of Blizzard, though the studio itself will remain in New York. VV studio head Jen Oneal will now be executive vice president of development at Blizzard, and former chief operating officer Simon Ebejer will take over her role.

Rumours struck last year that Vicarious Visions was working with Blizzard on the long-anticipated Diablo 2 remaster, and while those rumours are still unsubstantiated, the notion that a studio which has done so many excellent remakes in recent years might be working on the return of Diablo should put a little hope in the hearts of long-time Blizzard fans. (Especially after the launch of Warcraft 3: Reforged.)

BlizzCon Online is coming in February, which might give us a better idea of what to expect from the newly-integrated Blizzard and Vicarious Visions. And perhaps the Diablo 4 release date or Overwatch 2 release date, while we’re talking about things we might wish for.