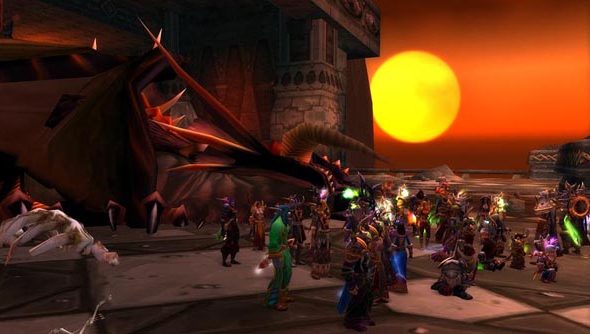 The World Of Warcraft is dying. Sure, looking at the numbers you’ll be forgiven for thinking otherwise given the still-hefty player base, but when you consider its latest expansion pack, Warlords Of Draenor, has seen a decline of nearly five million subscribers, a loss of roughly half its peak at the launch of the expac, then you can’t ignore the fact that something is wrong with modern day WoW.

And that’s just the thing, really: as the gradual evolution of the industry’s premier MMO rolls on, gamers are becoming increasingly less enthused with the decisions Blizzard have made with recent expansion packs – leaving the game in position that, frankly, very few are completely content with.

“WoW at the moment is in a diabolical state,” says Az, known for his YouTube channel Heelvsbabyface. “It’s atrocious compared to how it’s been in the past, and the whole attitude of the development team to the community. It’s really the worst state it’s ever been in in its near-11 years.” 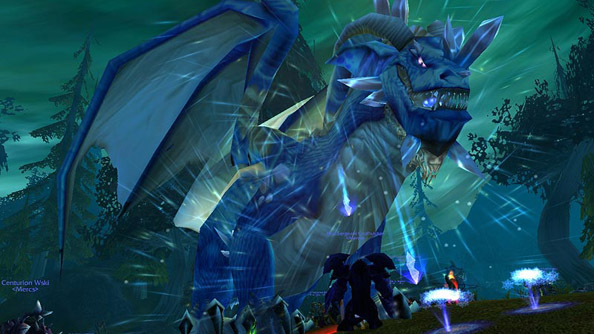 Az describes Blizzard’s “we-know-best attitude” as a significant reason that so many players have finally kicked their addictions. Subscriber counts will always rise and fall in line with the release of expansion packs, of course, but it seems Warlords Of Draenor was the final nail in the coffin for many – and that’s even including the publicly despised Mists Of Pandaria.

“Blizzard seem, at the moment, very driven by profit,” claims Az, “and they don’t seem particularly driven to looking after the community and making sure that they have things to do.” With that we’re reminded of the in-game store and the fact that, now more than ever, it’s abundantly clear where Blizzard’s priorities must lie: unique pets and mounts. That these are items that are considerably more detailed and varied than anything you can actually collect in game highlights just how cynical the WoW machine has become.

But more important is the fact that players do have so little to actually experience in the World Of Warcraft these days, a fact that YouTuber Asmongold is incredibly determined to see Blizzard change. “It’s a big problem,” he says. “Now that we have LFR, all roads leads to Hellfire Citadel. Everything you do, no matter where you start from, you end up in Hellfire Citadel. 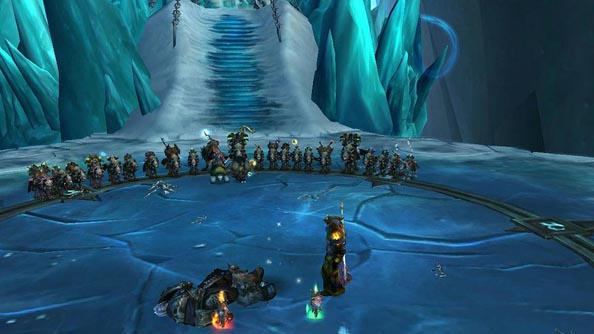 “At a point it was always like that,” he admits, “raiding has always been the most difficult point in the game and it’s always given the best gear, but now the entire in-game experience is based around raiding. Blizzard needs to find more ways to encourage solo progression and other paths to moving your character forward outside of raiding.”

The blame, it seems, lies with the introduction of Looking For Raid. It doesn’t matter who you ask, if they’ve been playing WoW for a long time they’ll all agree that the game was at its ‘best’ before the release of Cataclysm – and most will point to LFR as the cause for its decline.

Fellow YouTuber Zybak used be a dedicated WoW-er, but his interest waned to such a point that now he’s quit completely. “I would say the lack of meaningful stuff to do,” states Zybak as his reason for quitting, adding that, “I’m someone who hates LFR for multiple reasons, but part of a game is having something to reach for and with LFR everyone can kill the final boss – that kind of just kills it.” 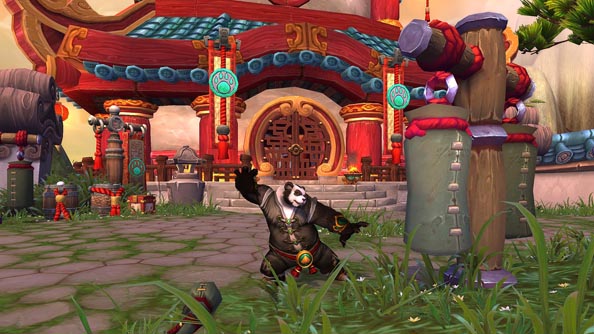 You’ve probably heard such a criticism of WoW before, but it’s true: these days it is just far too easy, in all avenues of play. Zybak lists off a large number of elements that have been butchered by through oversimplification, stating features like dungeons, professions and even world content is almost entirely irrelevant these days either because of how little there is actually do with them or because they’ve all been taken over by the ease of LFR.

And it’s not that there haven’t been promising additions to the game either; Warlords brought with it compelling levelling with an interesting (and well-presented) story, and even the raids have been very well received. But the lack of extra things to tackle once you hit that level 100 mark is a detriment, while everyone quietly sits in their garrisons farming herbs they don’t need and sending followers off on missions simply for something to do.

So therein lies the biggest problem: by making the game too easy Blizzard seem to have done away with the nostalgia-soaked ‘good old days’. “If Blizzard are wanting to create content for lowest common denominator,” says Az, “they always have to create the content for that denominator. So whether they’re doing dungeons or raid zones, or bringing new areas into the game it – by their own justification – has to be doable by the worst of the worst players.” 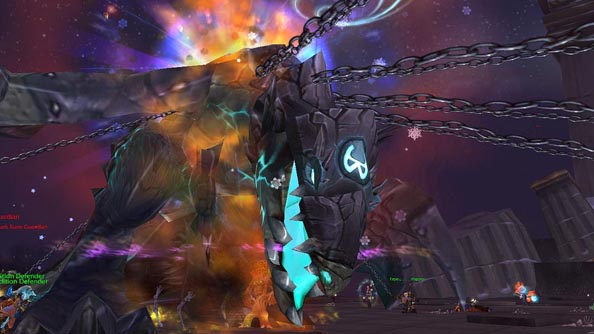 “It is too easy,” he adds. “Call me old-fashioned, but I personally think that challenge is something that keeps me coming back to something because I know I do have something to work towards.”

It’s hard to know for sure, but it seems like Blizzard’s efforts have moved away from creating new and interesting content, and towards producing a system of scaling difficulty, a repetitive cycle rather than something new and fresh for players to jump into. It’s a system designed to keep players on life support, rather that tempt them to come back for more. Is Blizzard out of ideas, or is this just the beginning of the end?

Well, hopefully neither. Legion is on its way and it all sounds promising so far: customisable weapons, a story that focuses on player-favourite lore, and separate PvP and PvE balancing – something that has been requested for years. In speaking with the players of WoW, it’s clear Legion is an “in case of emergency” deal for Blizzard, a last ditch attempt to win back subscribers’ trust after the likes of Mists Of Pandaria and – it seems – Warlords Of Draenor. 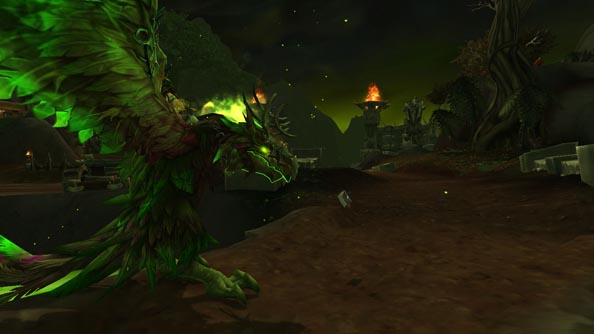 But will that be enough? Blizzard certainly has its work cut out. “The group finder has been a good step, and I hope they use that to phase out LFR and the very easy Heroics,” says Asmongold, adding that giving players more things to do to progress their characters is imperative. The social aspect of the game, he says, also needs to be rejuvenated “There’s always been content droughts – you know, ICC lasted a year or something like that – but people didn’t really notice it as much because they were interacting and playing with their friends every week.”

Zybak is complimentary of Legion’s separate PvP balancing, but still thinks more effort needs to come from Blizzard in responding to those changes. “One thing that frustrates me is how long Blizzard takes to do the class changes; they say they do it because they don’t want people to think their class is constantly changing, but why is that a big deal? If something is obviously horribly broken, why take three months to fix it?”

All the same, he acknowledges that there are just far too many faults with World Of Warcraft now, claiming it’s a “death by a thousand cuts” that can’t simply be resolved by outright removing the problems like LFR, limited socialisation or garrisons. 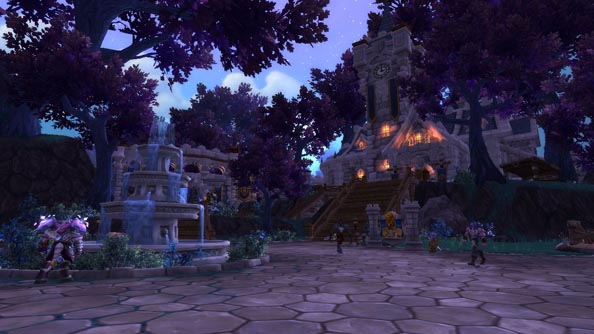 “I’m very critical,” says Az, “but that’s because this is a game I adore. I want Blizzard to open their ears, and to actually deliver. I want to see more varied content, I want to see more options, and I want to see a proper endgame. Though I don’t think we’re ever going to get back to the days of The Burning Crusade or Wrath Of The Lich King.”

These are all common criticisms, too; it doesn’t take much to hear the wails of disappointment from gamers – even those still subscribed – but it seems the solutions aren’t too unexpected. Blizzard needs more, varied content, it needs more challenging goals to strive for and – for all that is holy – it needs to find a better solution than LFR. We can only hope that Blizzard is aware of all this as they work on Legion but, as Az himself puts it, “they just don’t seem to want to listen”.