What’s the WoW: Legion release date? What are the new areas? Classes? You people and your questions. Well, to answer all these and more: here is everything we know about World of Warcraft: Legion, the sixth WoW expansion and the return of the thoroughly unpleasant Burning Legion. They didn’t learn their lesson in Burning Crusade apparently, and are back for more punishment.

While you’re here, here’s what we thought of the final product in our Legion review.

Demons and the folk who hunt them, a brand new continent, a reworked Honor system, and of course dungeons and raids – if you want the skinny on them, we’ve got you covered. 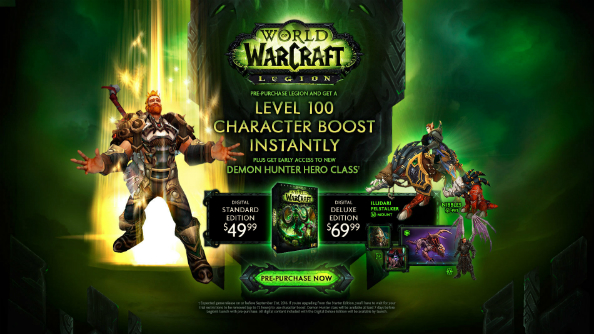 Blizzard CEs come in two forms – a digital deluxe and the standard big box o’ stuff. The digital deluxe edition, sitting at £49.99/$69.99, comes with these things:

Getting it is a bit harder, with Blizzard not having a physical distribution arm themselves. Their official page will point you at local retailers who have copies, though as we get further from the launch window they might be all out.

While Legion won’t include a big graphics overhaul like Cataclysm, the draw distance has been increased substantially, so there are new system requirements.

It’s worth noting that setting the game to max and expecting 60FPS will now require a fairly substantial rig, particularly in busier zones. Dropping the draw distance a tad might be the easiest solution if you’d prefer the silky smooths to seeing what’s going on in Duskwood from Stormwind. Can you run it? Compare your setup against the World of Warcraft system requirements.

Legion’s pre-patch brought with it a lot of changes on its own. Here’s our guides to each one: 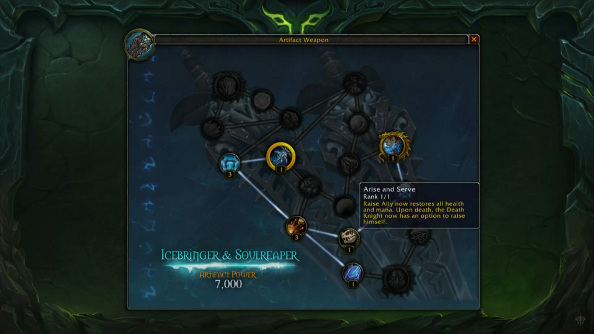 Legion shakes up the way loot works by only giving you one weapon for the entire expansion, then challenging you to upgrade it. Here’s how it works:

According to an interview with Polygon, Artifacts won’t be carrying over to the next expansion, similar to how garrisons didn’t. Whether that means we’ll be replacing them with greens at level 111, or they’ll be significantly altered in someway to avoid that lore issue, we’ll find out in a couple of years. 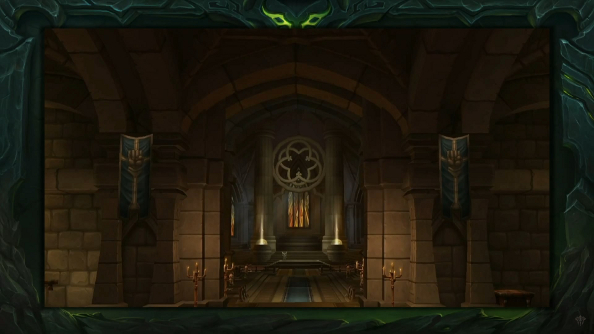 The replacement for garrisons, and hopefully a vast improvement, these are large zones unique to each class. Everybody gets one, be it the Warrior Halls of Valor straight from the Vrykul afterlife, or the Priest Netherlight Temple – a spaceship housing a Na’ru.

This is where you upgrade your artifact, start class-specific quests and where you enter new zones. Everyone has a special teleport skill to return to theirs, so getting back and forth should be easy. You’ll become the master of your class hall (everybody’s the king) at the end of your artifact quest, hence why you get to boss people about.

Order Hall’s will also have Garrison-style missions to send people on, but these are now split into Champions – big important people from the lore, who there will be very few of – and Troops – expendable soldiers you’ll buy for resources.

Here’s all of the Class Halls: 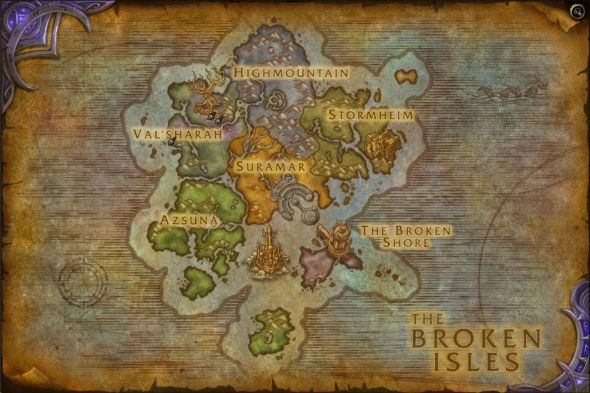 The Broken Isles region is made up of five main regions and smaller areas like the new-but-not-really hub city of Dalaran. Here’s the full list:

It’s worth noting that there’s no definitive order for these zones. Once you’ve acquired your artifact, you’re given the opportunity to choose between Stormheim, Highmountain, Val’Sharah and Azsuna. New technology means it will scale to your level – as will any dungeons there – giving you freedom. Once you’ve done the quests in all four of those zones, you’ll get to go to Suramar. Through that time, you’ll also be returning to Dalaran semi-regularly. 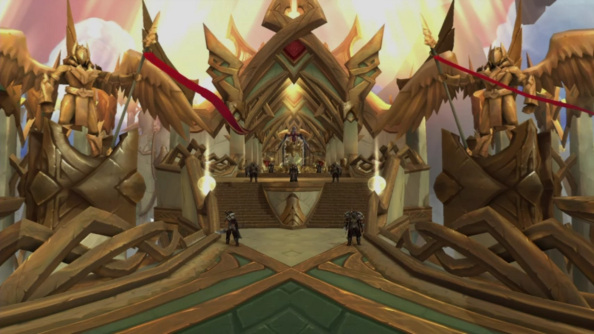 There’s also now four distinct types for each of these dungeons: 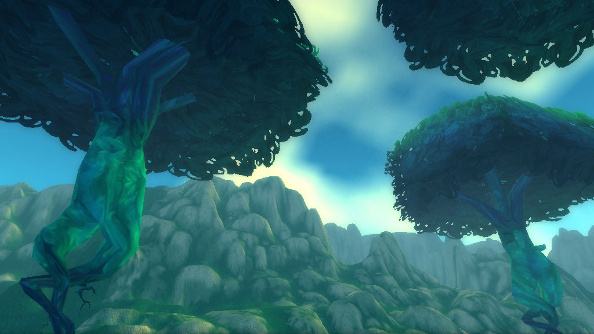 Of course, there’s also new raids. These aren’t available at launch, the first releasing on September 21, with Mythic difficulty coming September 28. That’s Emerald Nightmare, where you’re going in to fix the Emerald Dream and stop the corruption. It takes the Highmaul slot of the expansion’s first major raid.

The Nighthold will be next up, and finally see the death of Gul’dan. This is planned for release soon after the Emerald Nightmare, and will reward loot the next tier up. As always, Raid Finder, Normal, Heroic and Mythic difficulties will be available.

World quests are arguably Legion’s biggest addition. They’re essentially Diablo III’s adventure mode, polished up and ported to World of Warcraft to serve as infinite content to players. Your map will be constantly filled with points of interest, from world bosses to particularly active fishing pools, letting you know where things need doing.

Special loot is given out for doing a certain number each day, and particularly rare ones will give particularly great loot. They’ll also hang around for a lot longer, so if you can’t log on every day, you’ll have a stack of them to do when you do.

This is all thanks to scaled zones, which allow all of the Broken Isles to operate as one massive endgame area. This, along with raids and Mythic+ dungeons will be the meat of life at level 110. 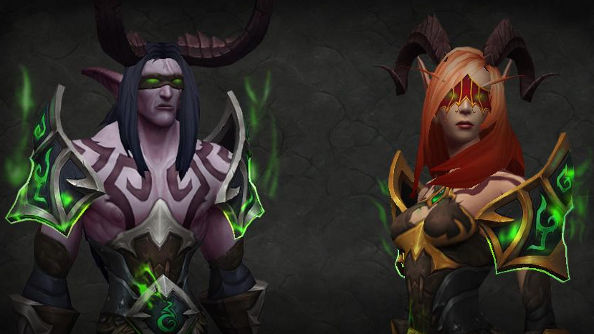 The game’s sexiest new class, rippling pecs and tattoos and all. Simply, they’re a mixture of a Rogue and a Warlock, slicing enemies to pieces with signature warglaives while using dark magic to protect themselves, deal damage and hurt people. They also have a tanking spec, Vegeance, which sacrifices signature mobility for damage absorbtion.

Rather than give you the full spec of the Illidari down here, here’s where you can learn more: 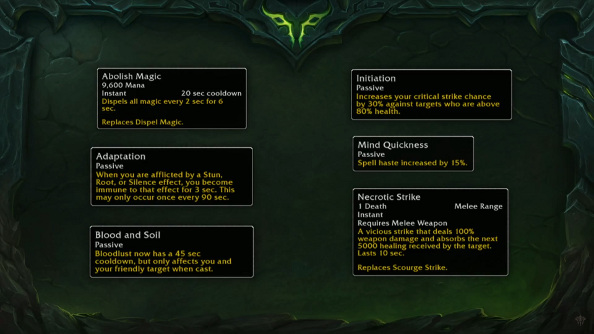 On the PvP side of things, Blizzard are completely overhauling Honor. It’s not about gear anymore; it’s about PvP talents. This is a new progression system specific to PvP, which allows players to work their way up through the ranks, unlocking new talents, just like in PvE.

The new system starts with 50 ranks, but once you reach the cap, you can start all over again, sacrificing your rank for cosmetic rewards like new mounts and PvP artifact variants.

While the importance of gear will be greatly diminished, it will impact your effectiveness in PvP by a tiny amount. Talents will be the majority of your power bump over newer players, however, and Blizzard have already begun rebalancing classes specifically in PvP by altering their base stats.

Professions on the Broken Isles are getting a bit of a facelift. Crafting is much as it ever was, grabbing reagents to make items and letting you get a little ahead of the game. However, acquiring new recipes now involves in-depth quests specific to that profession, giving more of a discovery feel, while reagents are harder to get due to Blood of Sargaras – the rare, vital crafting material used in every profession – being Bind on Pickup. You’ll have to gether it yourself.

Professions, and everything else involved in getting ready to raid, are covered in more detail in our World of Warcraft: Legion gear guide. 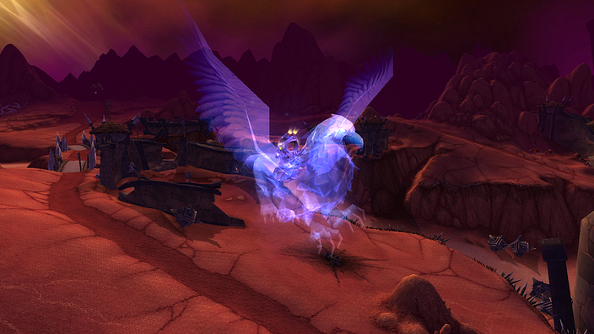 Flying in Legion has been a massively contentious issue. After much back and forth between Blizzard and the community, it will be unlocked via an achievement at level 110, the first part of which is already in the game. Broken Isles Pathfinder, Part One requires you to explore the continent, finish the major quests, have every faction be happy with you, complete 100 World Quests and finish your Order Hall campaign. This lets your mount go faster, but won’t yet let you fly.

In a future patch – which should be sooner than Warlords of Draenors 6.2 – this will be needed to unlock flying. Exactly how that will work hasn’t yet been revealed.

Can you run it? Check the World of Warcraft system requirements on PCGameBenchmark.

And that’s everything we know! For now. Keep checking back as we update this big list.