If you haven’t played World of Warcraft since its early days then a lot of it will be barely recognisable to you now. Since it’s launch back in 2004, WoW has had six expansions, with a seventh – Battle for Azeroth – on the horizon. Each of these have brought major changes to the game: five new playable races, three new classes, several new continents to explore, dozens of new raids and dungeons, and big continuations of Warcraft’s absurd yet enjoyable story.

The classes have been streamlined, the combat balanced, the graphics updated time and again… but despite all that, it’s always been difficult to get new people into WoW. The reason? Levelling a character for the first time in World of Warcraft is, and has always been, like pulling teeth.

Which are the best free MMOs? Don’t worry – we’ve gotcha.

Oh sure, it’s fine for us veterans. We have the heirloom items that boost experience, we know which areas have the best and fastest quests, and we know the optimal routes through each zone as well as which professions to level. For the new player, though, it’s all a mystery, and most people understandably can’t be bothered to read a dictionary-sized wiki just to play an MMO.

It has certainly been worse – remember the days when you had to download a mod just to show you where to complete a quest? But this is not an excuse. For a newbie, who is used to the quality of life improvements of modern gaming, getting into WoW can be a nightmare. However, that has changed recently with the introduction of level-scaling across the whole world. WoW is now more accessible than it’s ever been. 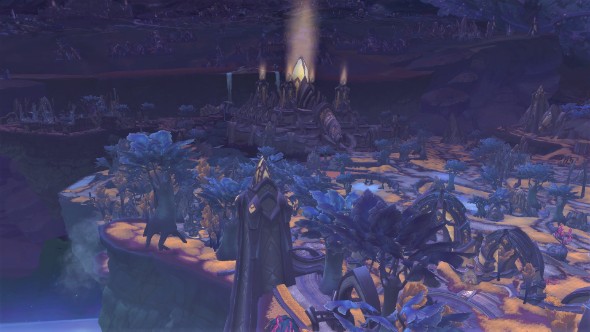 The most recent expansion, Legion, was the first to introduce level-scaling to the game. Every area in the new continent, the Broken Isles, adjusts to match your character’s level, even when you’re in a group with people of all different levels. It’s impressive tech and has, since January 2018, been applied to every single previous area in the game as well. Most of the ‘vanilla’ areas from the base game scale from 20-60, Burning Crusade and Wrath of the Lich King areas scale from 60-80, and Cataclysm and Mists of Pandaria areas from 80-90.

This has a few important consequences: firstly, no more leaving an area before you finish its storyline. Most zones have an ongoing story threaded through them via questlines, and it used to be all too easy to end up hitting the effective levelling cap for the zone before you finished playing through the story. Now, you can stay in a zone as long as you want to, as all the enemies and quests will stay at your level.

Secondly, you don’t have to start a new character to play with your newbie friends. As long as you have a character that’s in the same level bracket (e.g. 20-60), you can group, do quests, queue for dungeons, play in PvP battlegrounds, and it’ll all function as it would were you the same level. 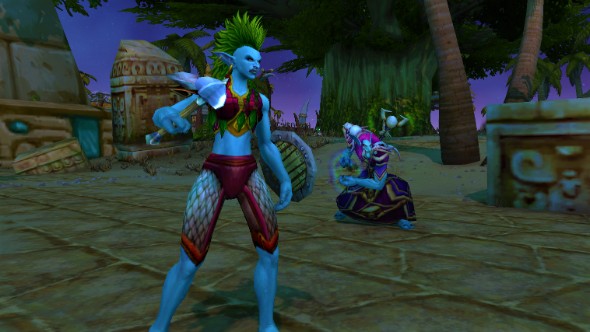 Thirdly, new players no longer have to wander around the continents, lost out of their damn minds, with no idea how to get to the next questing area – they can more or less just go wherever they want. There are even interactable objects in towns which not only point out where the next area to go to is, they help you get there, too.

Lastly, the order in which you have to play through the expansions is much more under your control. In fact, it’s possible to almost entirely skip certain expansions. If you don’t like Burning Crusade content (and, let’s face it, it hasn’t aged very well), you can just stay in Northrend and get most of the way to level 80 that way. After that, you can go straight to Pandaria, and all without having to do the bothersome continent hopping involved in levelling through Cataclysm areas. Sadly, there’s no avoiding Warlords of Draenor, as it’s the only place you can level from 90-100!

When you look back over the past 14 years of World of Warcraft, it’s amazing what’s changed, but it’s also amazing what hasn’t. The core gameplay and design is still recognisably World of Warcraft, even if it’s a thousand times more streamlined and pleasant to play these days, which means there’s never been a better time to get into it than right now.