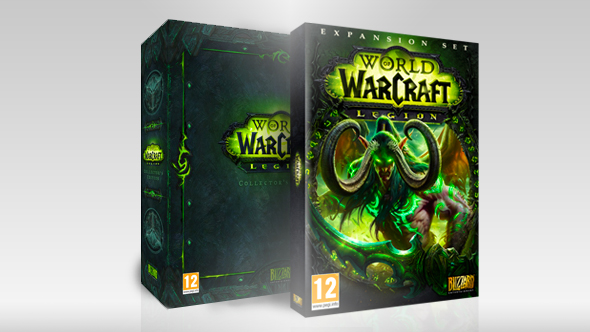 As we sharpen our axes and eagerly count down the days before the release of World of Warcraft’s sixth expansion, Legion, we’ve teamed up with Blizzard to give away some lovely goodies to get your journey through the Broken Isles off to a roaring start.

If you don’t know what you’re in for, here’s what we know about Legion’s dungeons, raids and everything else.

Legion is making some big changes to the world of Azeroth, notably the inclusion of the fan-favourite Demon Hunter class, Order Halls that replace garrisons, a new honor system for PvP, and, well, it wouldn’t be World of Warcraft without some fancy new dungeons and raids.

We’ve got five standard edition copies, and one Collector’s Edition for one very lucky adventurer to give away. All you need to do to have a chance to win is to enter using our widget below.

Due to delivery restrictions this giveaway is only open to residents of the UK.Sorry International folks! We’ll have plenty more giveaways for you soon.

If you’re a fan of all the giveaways we do (and we do a lot!), pop on over to our Facebook page and give us a like, and we’ll keep you in the loop for all our future giveaways.

We’ll also need your email, but only so we can contact you if you win – no spam, swearsies!