Blizzard confirmed the Battle for Azeroth release date earlier today, and an expansion launch for the most faithful World of Warcraft fans wouldn’t be complete without a fancy collectors edition filled with goodies both in-game and in-hand.

Here’s everything you need to know about Battle for Azeroth.

There’s a double sided story book, Elegy & A Good War, collecting a pair of novellas which depict the Burning of Teldrassil from Alliance and Horde perspectives in a svelte hardcover edition. You’ll also get the Mark of Allegiance, a hefty double sided coin to show where your loyalties lie – it’s way bigger than you might think, weighing just under a pound. 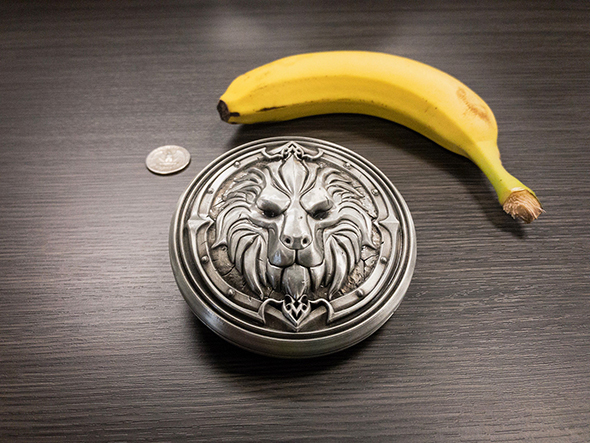 Across other Blizzard games, you’ll get an Azeroth is Burning card back in Hearthstone, Primal Flamesaber mount in Heroes of the Storm, an array of emotes, icons, and sprays in Overwatch, and some appropriately dual-sided sprays in StarCraft II.

The Battle for Azeroth Collector’s Edition retails for $99.99. If you’ve already pre-purchased a digital copy of the expansion, Blizzard will refund that purchase if you enter a CE key before the end of the year.