Mounts are no trivial matter in World of Warcraft Classic. In a game where it can be a challenge to hang onto a few silver, even basic level 40 mounts cost 80 gold. Anything but your own race’s mounts require reputation with that faction to buy, which is harder to come by in Classic, so your options may be limited.

Mounts are bind on equip, so others can buy your mounts for you (passing along the discount, or just because they’re really, really, really good friends.) If your friend is willing to buy an epic level 60 mount for you, it’ll set them back 1,000 gold, minus faction discounts. Level 40 and level 60 riding skill cost 20 gold each, too.

To buy a mount other than the basic ones associated with your face, you must have exalted WoW Classic reputation with that race’s capital city. So, if you’re not human, but you are Alliance and you want to learn to ride horses, you’ll need to grind to exalted with Stormwind. Only mounts from your faction (Horde or Alliance) are available to you, and some have racial limits. Only dwarves and gnomes may buy Mechanostriders, and Tauren may only ride kodos and wolves. Even if someone buys a mount for you, you’ll still need to have the appropriate reputation with the appropriate faction to buy the skill to use it.

Paladins and warlocks, we have good news: You get a basic level 40 mount from a quest, rather than as a separately purchased item requiring riding skill.

These are all the mounts available in WoW Classic Phase One. Other mounts will become available in the later phases, including PvP mounts, level 60 paladin and warlock quest mounts, and the mounts associated with the opening of the Ahn’Qiraj raid instances.

At level 40 and level 60, if you have enough gold, you can train riding skill and buy a mount from the appropriate vendor for your race. Level 60 mounts and skill make you move faster than the level 40 version. If you’re at least Honored with the group you’re buying the mounts from, you’ll get a 10 percent discount, which is a big deal given how hard gold is to come by – check out our WoW Classic Auction House guide for some help in that department. 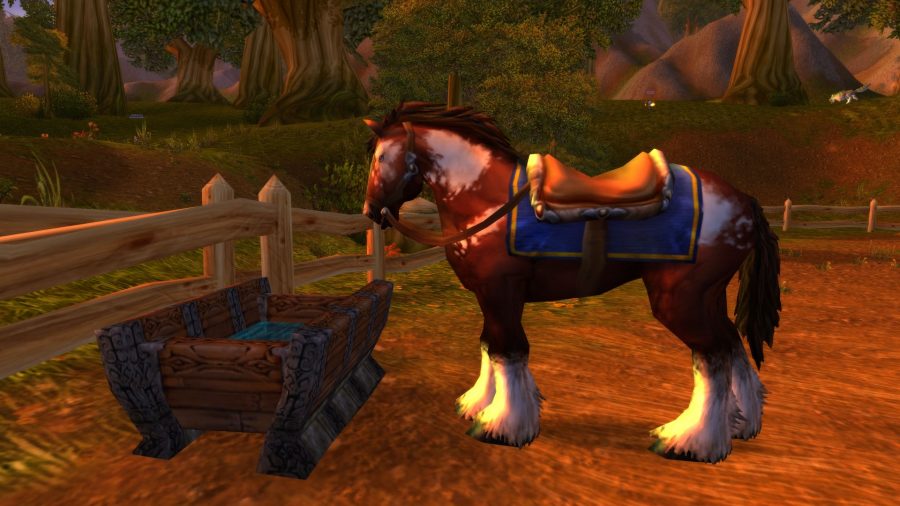 Humans: You get horses, purchased from Katie Hunter in Eastvale Logging Camp on the east side of Elwynn Forest, near the border with Redridge Mountains. Randal Hunter in the same camp will train you in Horse Riding. 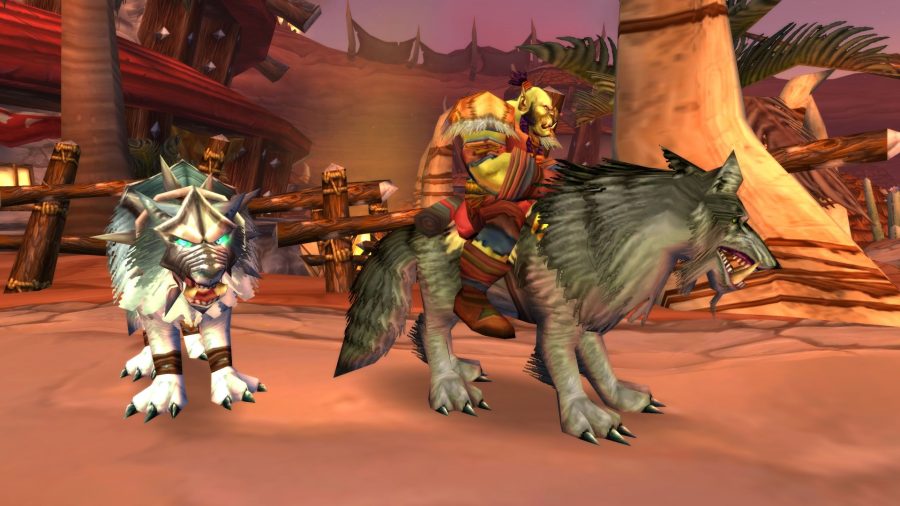 Orcs: You get wolves, purchased from Ogunaro Wolfrunner in Orgrimmar’s Valley of Honor. Kildar, nearby, will train you in Wolf Riding. 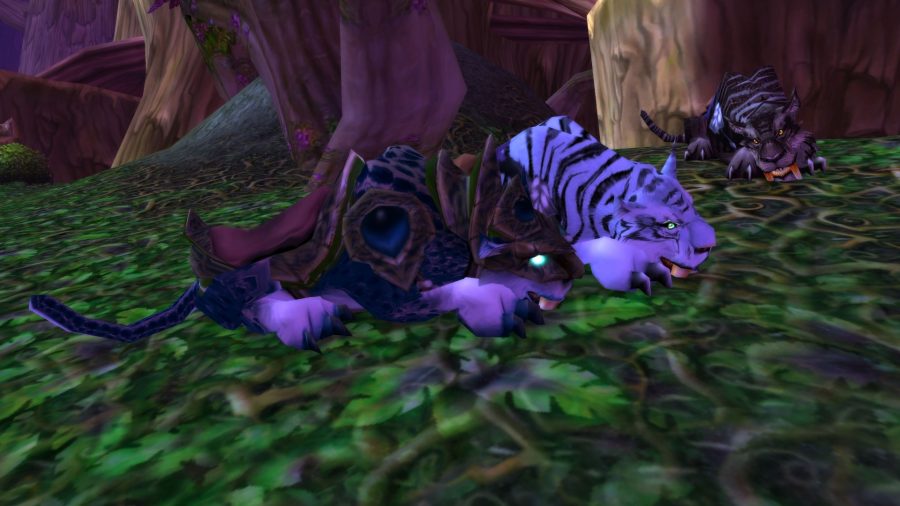 Night elves: You get sabers (big cats), purchased from Lelanai in Darnassus near the portal to Ruth’ven Village, in the Cenarion Enclave. Jartsam in the same area teaches you Tiger Riding. 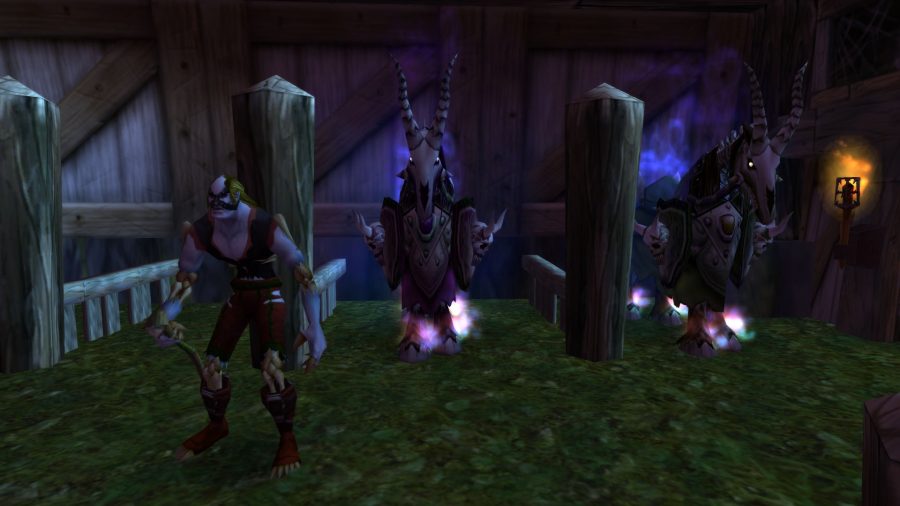 Undead: You get undead horses, purchased from Zachariah Post in Brill, near the Ruins of Lordaeron. Velma Warnam in Brill will teach you Undead Horsemanship. 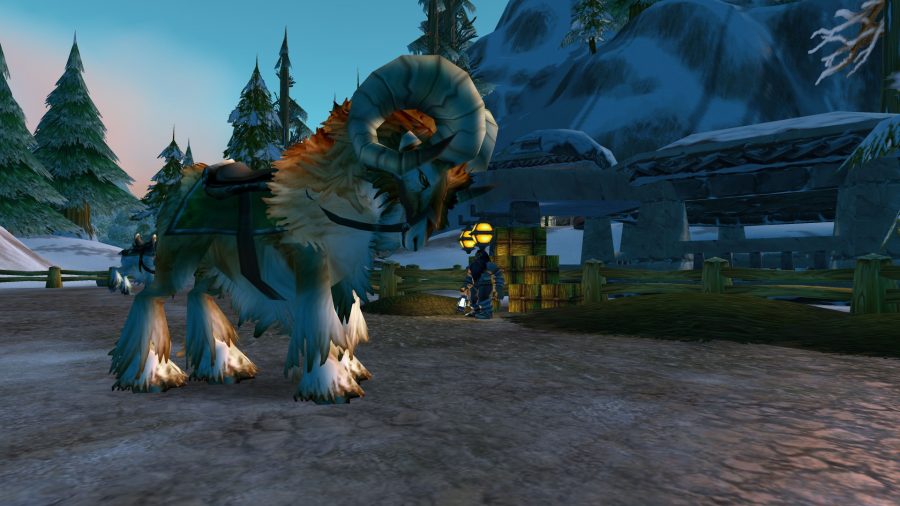 Dwarves: You get rams, purchased from Veron Amberstill at Amsterstill Ranch in Dun Morogh, not too far from Kharanos. Ultham Ironhorn in the same area teaches you Ram Riding.

Trolls: You get raptors, purchased from Zjolnir in Sen’jin Village, near the troll starting area in Durotar. Xar’Ti in that village will teach you Raptor Riding. 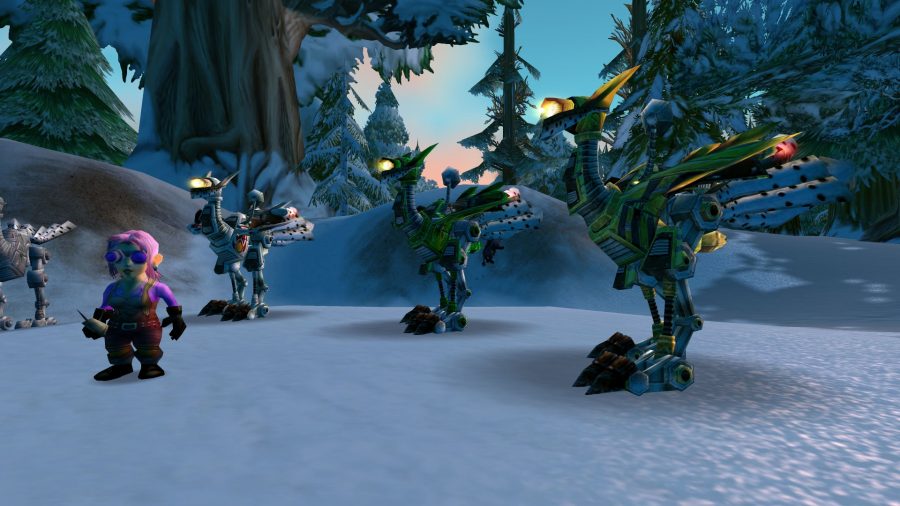 Two mounts are obtainable via questing at level 40, for paladins and for warlocks. 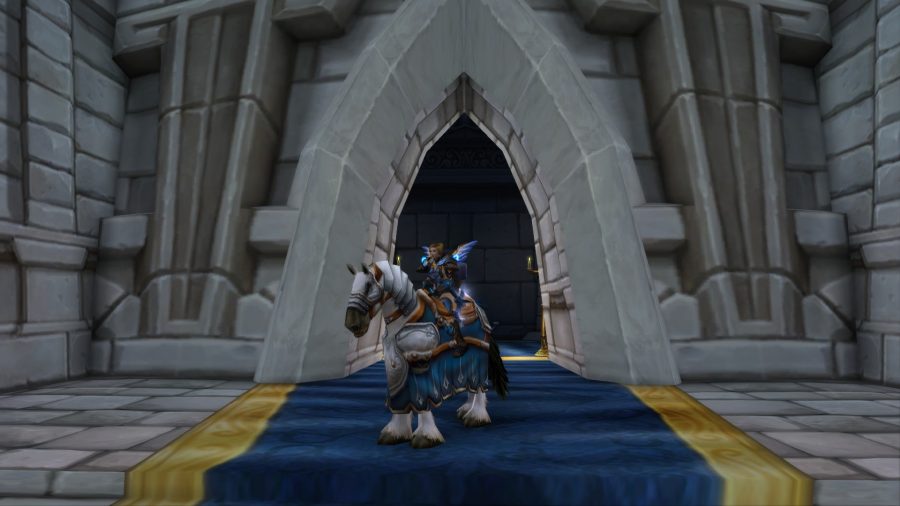 The Warhorse is available to all level 40 paladins, which means it’s Alliance-only (since Horde can’t be paladins in Classic.) To start the quest, visit Duthorian Rall inside the Stormwind City Cathedral and talk to him for the quest The Tome of Nobility. Talk to him again, and voila, you are the proud owner of the shiny spell Summon Warhorse. You may now summon your horse and ride away, irritating those other poor schlubs around you. 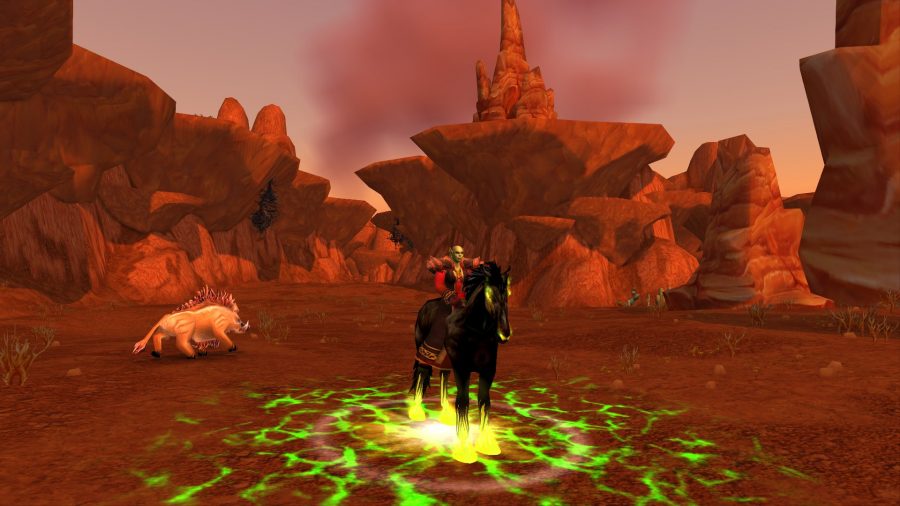 Similar to paladins’ Warhorse, warlocks’ Felsteed is available from a simple quest. At level 40, visit Strahad Farsan, located just up the hill from the bank in Ratchet in The Barrens. If you’re an Alliance warlocks and you haven’t been to Kalimdor yet for some reason, it’s easiest to take the ship from Booty Bay to Ratchet for this quest. Accept and turn in the quest Summon Felsteed, and you should now have a flamey horse to ride around on, impressing your friends.

There are two mounts in World of Warcraft Classic at launch that aren’t tied to your character’s race or class.

The Winterspring Frostsaber is only for members of the Alliance, and requires 840 repetitions (no, that’s not a typo) of one of three repeatable quests from Rivern Frostwind at Frostsaber Rock in Winterspring, somewhat near the entrance to the tunnel to Felwood. You need Tiger Riding to ride the Frostsaber when you’ve gotten the mount by achieving exalted with the Wintersaber Trainers faction. That means either you’re a Night Elf, or you need exalted with Darnassus. Once you have the necessary reputations, this epic level 60 mount is still 900 gold to buy. Humans get a bit of a break – their racial gives them more reputation – but they also have to farm the Darnassus reputation to buy the saber.

Baron Rivendare, the last boss in the Stratholme dungeon “dead side,” extraordinarily rarely will drop Deathcharger’s Reins, which summons an epic speed, heavily armored undead horse with some attractive glowy trim. Even though it’s a horse, any race (including Tauren) can ride it, and it requires no reputation and no riding skill to use. Good luck farming it; it can take thousands of kills to obtain.