Blizzard gave out a physical quest scroll to Method Triforce, the winning team at the World of Warcraft Arena European Championship.

Want to know what the latest changes to World of Warcraft are? Check out what’s in the 7.3 patch.

Method Triforce, which consists of players Simon Heinks, Fabio Nardelli, René Pinkera, and Maroš Molčan, took the prize after their finals match at Gamescom, where they defeated team ABC.

One of the members of Method Triforce posted a picture of the scroll on the World of Warcraft Reddit, which came in a wooden case and looks just like a quest scroll, complete with rewards. It serves as an invitation to the World of Warcraft Arena World Championships at BlizzCon. They also won $50,000 for their trouble. 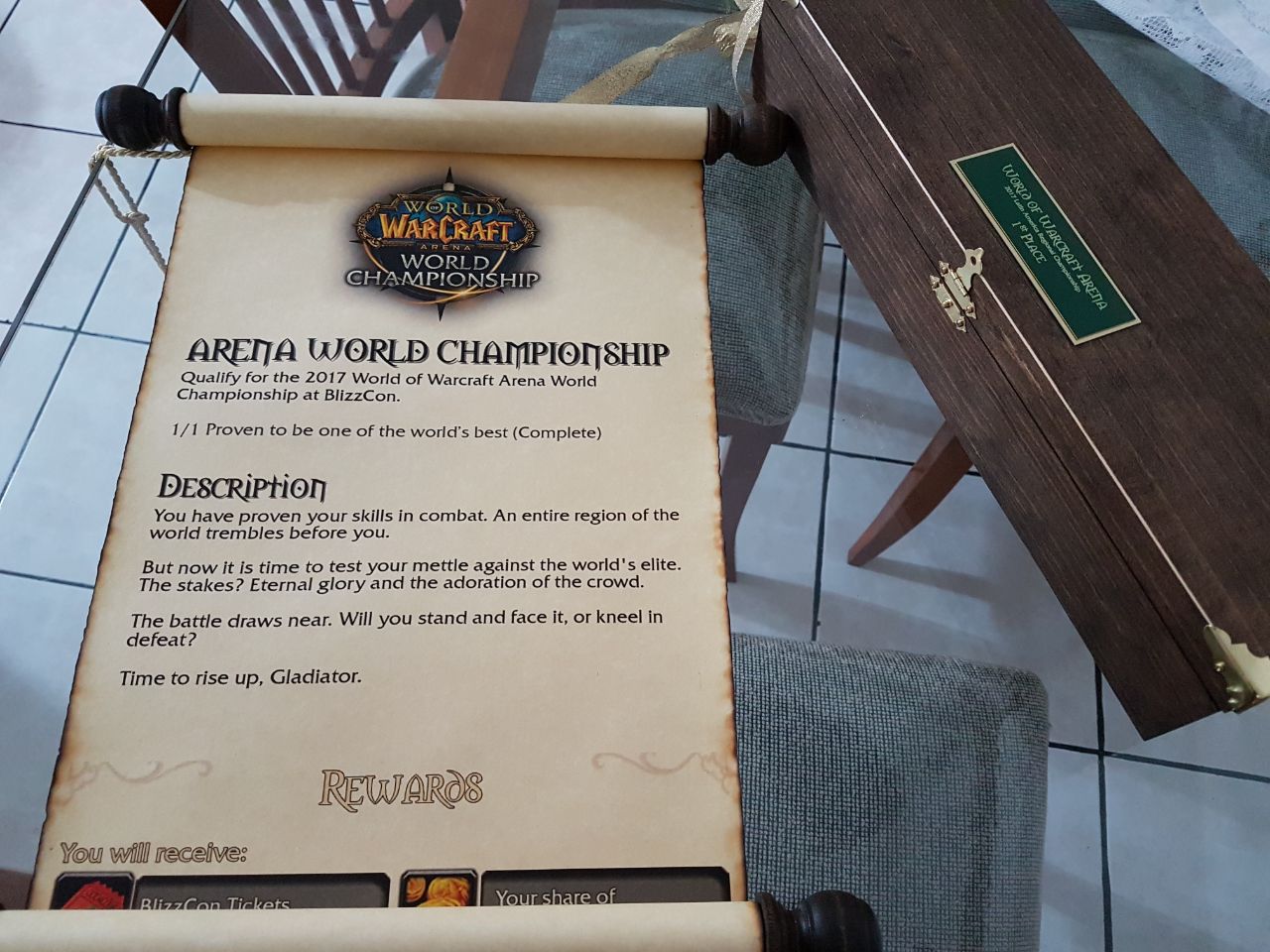 World of Warcraft Arena is the MMORPG’s PvP mode where teams of two, three, or five compete to defeat each other. The European Championship was conducted using 3v3 rules.

The other big Warcraft-related tournament at Gamescom, the Hearthstone Global Games Grand Finals, was won by the Czech Republic, beating Ukrane to win the $60,000 prize. No word yet on if they got a scroll as well.