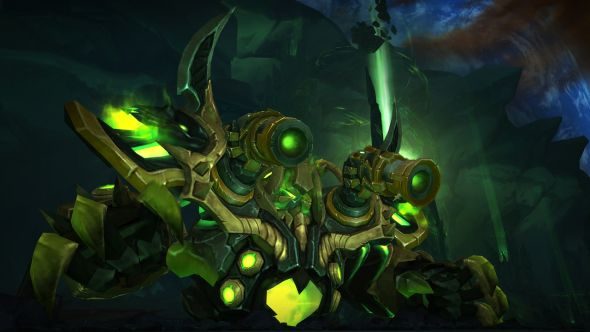 MMO players really, really don’t have any respect for their time. Take it from someone who spent 90 hours getting maybe half way through a JRPG over the holidays, we’re willing to take any amount of time just to say we did something. In Legion, the act of soloing dungeon and raid bosses – something that usually takes groups of at least five, often many more – has become much more common. Normally this requires a level of outgearing only attainable in patches and expansions after the bosses are released, but with enough time, dedication, and maths you can do it beforehand, as these videos prove.

For what’s actually coming next for average players, here’s everything we know about WoW patch 7.3.5.

First, and perhaps most ridiculous, is Rextroy playing Protection Paladin and soloing the first boss of Antorus, The Burning Throne in eight hours and eleven minutes. Using a strategy that involves outranging some of the boss’s abilities to (extremely slowly) cheese down his massive health pool, Rextroy put up a shortened 13 minute version that shows how it plays out across the course of the fight.

In general soloing doesn’t require this level of cheese, as most bosses can’t be outranged in this manner to avoid their normally one-shotting abilities. Something like Garothi Worldbreaker would normally be simply impossible. Instead, it just takes a full work day of time, with any mistakes or disconnects leading to quick death. You can see a description of how it was done in the YouTube description or over on Wowhead– spoilers, as well as eight hours, you also need an obscene amount of gear.

Rextroy also soloed a later boss in Antorus, Portal Keeper Hasabel. This involved pulling dozens of other enemies with the boss – something that would normally make it even more impossible – and using abilities that scale off the number of enemies being hit to stay alive. That only took ten minutes though, here’s the full video.

Elsewhere, a Warlock has managed to solo Eonar, the Lifebinder. This is an encounter that works similar to old tower defense games. You have to defeat waves of enemies before they reach the center of the arena, who mostly ignore you and simply march on. It sounds like a nightmare to coordinate for 10-25 people, but the tuning from Blizzard is such that it’s relatively easy even if people don’t know what they’re doing too well. That means it’s prime for soloing:

That’s Krieglocke, who didn’t provide a full description of gear and strategies, but does have logs for each of their kills – they’ve done it twice, just for kicks. It took 70 tries to get the strat right, which is less than most hard bosses take full guilds to work out.

This trend is likely to continue as we head into the downtime between the end of Legion and the beginning of Battle for Azeroth. Mionee, who soloed Guldan towards the end of last year, even has a Patreon for their videos, and speedrunning is starting to get some attention as well.