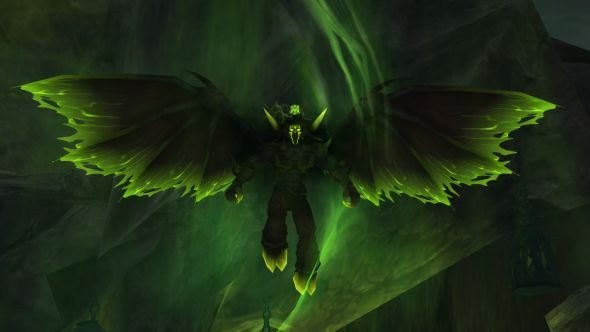 I love two things in this world and everything else is ash: WoW and speedrunning. Over on the World of Warcraft subreddit yesterday, dungeon speedster Shiekrunner shared a video of just how easy it is to run through and often glitch out of various classic dungeons. In just 18 minutes they blast through dozens of instances and it’s a joy to behold.

Patch 7.3.2 is bringing the final raid to WoW: Legion soon.

For the uninitiated, the Demon Hunter class was added with the Legion expansion last year. It has a lot of movement abilities – dashes, backflips, double jumps, even a base movement speed increase based on the Mastery stat. The game was never designed for characters that can move like this. Blizzard made sure that endgame areas and the open world had protections put in place, but it simply wasn’t worth the effort to go back and find all the holes in dungeons that are barely relevant any more.

Enter Shiekrunner. Using a level 101 character, they’ve collected gear with the maximum amount of the Mastery stat, mostly ones that drop from endgame content but are designed for levelling alts. This means that each point of Mastery is more effective, as it scales based on level, ironically to keep things in check. Build on top of that every effect you can find that increases movement speed, and you have the above.

Then it’s on to the glitches. Most involve simply being able to move in a way ‘00s dungeons never considered, but a particularly common exploit here is the Vrykul Drinking Horn. This changes your character model into a much taller one. Combine this with tight spaces, good timing, and the odd disconnect and you can glitch through a wall and get out of bounds. You’ll see that several times.

It’s a very impressive video, and I haven’t seen anything like it since the earliest days of WoW exploration videos back in vanilla. Doing something like this in 20-year-old Mega Man games is impressive enough, but WoW is a different beast altogether. It probably won’t be the next element of PvEsports but hopefully we see more of it going forward. Tell Shiekrunner if you want that.